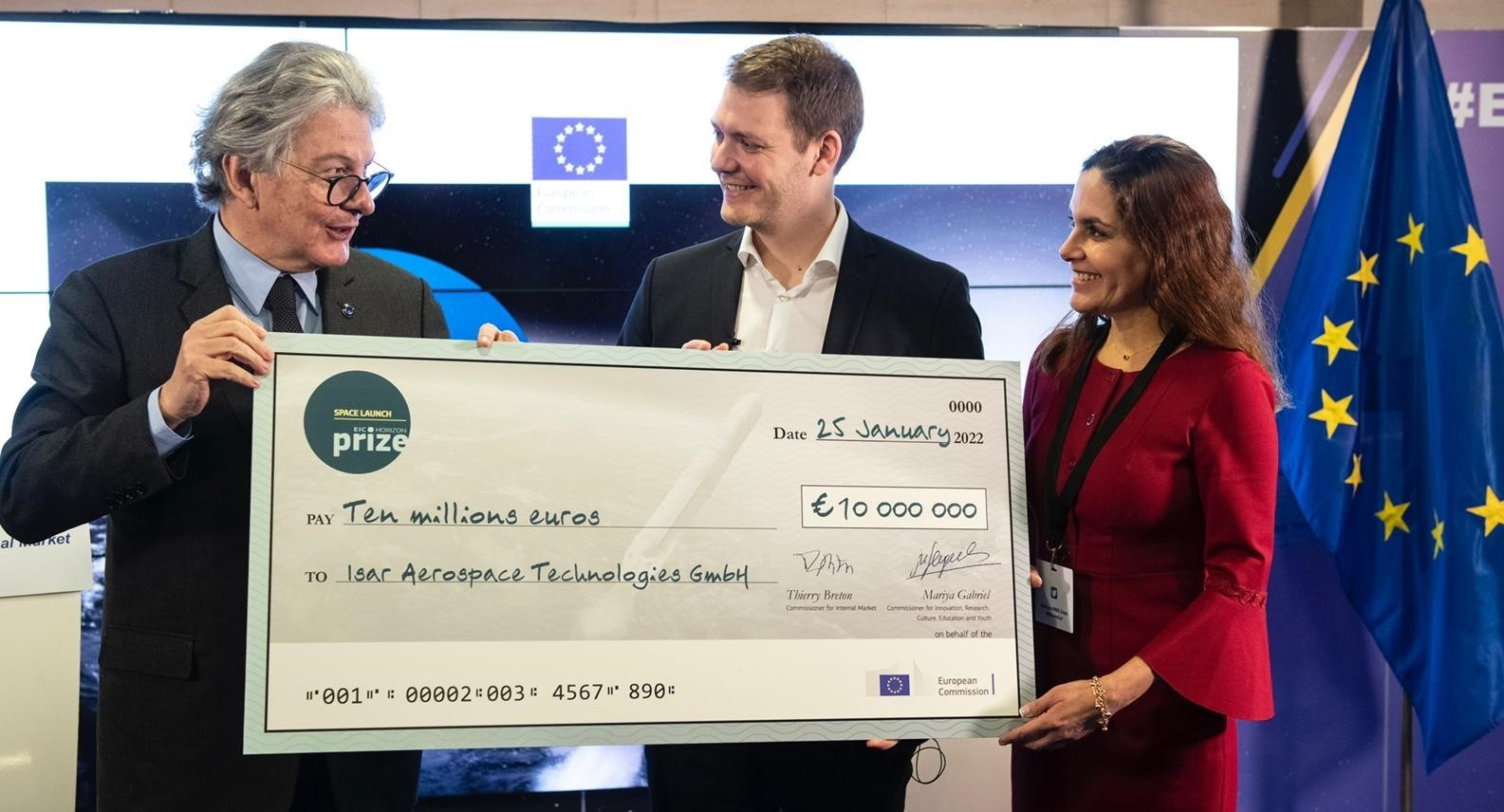 Isar Aerospace has won a 10 million euro ($11.32 million) prize from the European Commission (EC), the company announced Jan 25. Isar won the EC’s EIC Horizon Prize “Low-Cost Space Launch” for its launch service solution Spectrum, a two-stage launch vehicle that aims to offer flexible and cost-efficient access to space for small and medium-sized satellites and constellations and aims to drive the quest for European sovereignty in space. The formal prize announcement was made during the 14th European Space Conference in Brussels on Tuesday.

Since its founding in 2018, Isar Aerospace has raised private funding of more than 150 million euros ($169.81 million) and attracted both commercial and institutional customers. The production of Spectrum is on track — the company has completed the build-up of its in-house, vertically integrated manufacturing facility and it is now working on achieving testing milestones leading towards the first test flight, which is planned for the end of 2022.

“This prize shows the importance of innovation for space technology. It represents a step ahead in our ambition to stimulate innovation and reinforce an autonomous access to space. Their solution will greatly contribute to supporting our European ambitions in space for an autonomous, reliable and cost-effective access to space,” Thierry Breton, European Commissioner for Internal Market said in a statement.

Read more about Isar Aerospace and other smallsat launchers around the world in Via Satellite’s January/February edition.