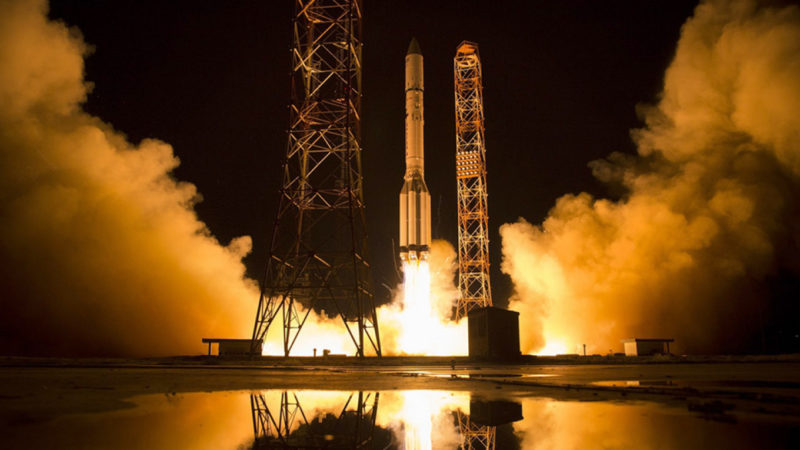 Russia successfully launched the Proton M/Breeze M integrated launch vehicle from the Baikonur Cosmodrome on May 30 at 8:42 p.m. (Moscow time), and injected the Yamal-601 telecommunication satellite into orbit. The Yamal-601 project is part of the Targeted Federal Program for the Development of Television and Radio Broadcasting in the Russian Federation. According to the release, Yamal-601 is now the most powerful communication satellite in the Russian satellite constellation.

Liftoff and flight of the launch vehicle and upper stage were completed with no issues. The spacecraft separated from the upper stage today, May 31, at the designated time —approximately 9 hours after liftoff. The launch mass of the spacecraft, that was manufactured by the French division of Thales Alenia Space (TASF), was over five tons. Yamal-601 will replace the Yamal-202 satellite in orbit at 49 degrees East and provide C-band fixed-line communication and data services for a large part of Russia, as well as the CIS, Europe, the Middle East, and Southeast Asia. In addition, Yamal-601 will provide users in Russia with Ka-band communication services and high-speed internet access.

“The launch of the Yamal-601 satellite exemplifies yet another constructive result of our cooperation with Gazprom Space Systems. We are prepared to launch additional spacecraft using Proton and Angara rockets to expand satellite communication in Russia. We plan on launching at least five more Proton rockets with Federal and Commercial payloads this year,” said Aleksei Varochko, Director General of the Khrunichev Space Center.