Ursa, RRE on New Funding and the Future of Geospatial Intelligence 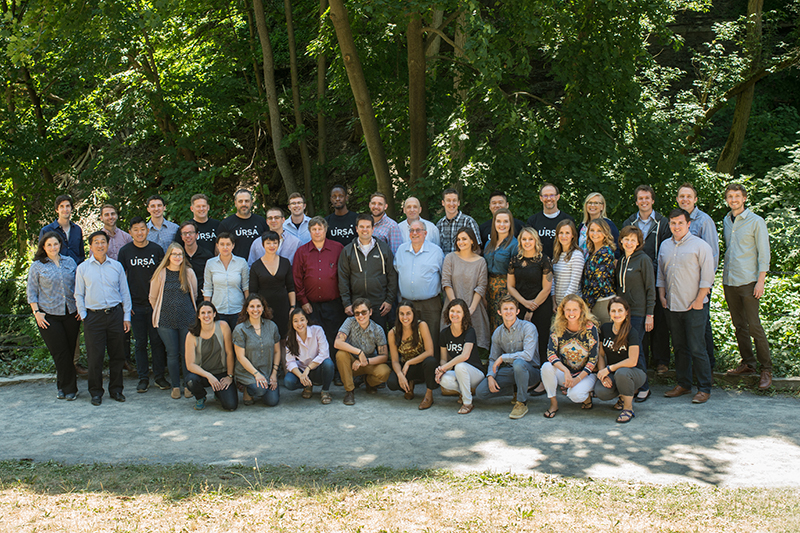 “From an image to an answer,” Ursa Space Systems Chief Executive Officer (CEO) Adam Maher said as he proudly described how his geospatial analytics company conducts its business. He started Ursa Space Systems in 2014 to take advantage of underutilized Synthetic Aperture Radar (SAR) capabilities, when companies such as Planet Labs and Black Sky were pushing boundaries in the smallsat world.

After securing seed funding, Maher secured Ursa’s first A round which was led by Paladin Capital with contributions from RRE Ventures — a broad, early-stage technology investment firm. RRE Ventures General Partner Will Porteous has invested in companies like Spire, because he hears “great enthusiasm from government — particularly from Department of Defense (DOD) customers — for working more closely with small, innovative companies and finding a way to bring those capabilities into their production environments.”

Ursa piqued Porteous’ interest with the way the company was buying unused SAR, while also building out analytical capabilities. Porteous and RRE Ventures reaffirmed its confidence in Maher’s company earlier this month when it led a second round of funding that would allow Ursa to explore adjacent markets and continue building its team, which has achieved 50/50 gender parity — an unheard of percentage for many technology companies.

Via Satellite sat down with both Maher and Porteous to discuss Ursa Space Systems, its new round of funding, and where they see the geospatial intelligence industry heading.

VIA SATELLITE: How would you differentiate Ursa from other geospatial companies?

Maher: At Ursa Space Systems we help guide customers through gaining access to a satellite image, and making sense of that. We created the largest network of radar satellite providers. We help companies gain access to that imagery, as well as how to go through those analytics. For example, for our oil-monitoring product, we look at not just how to gather that image, but how to make a measurement of it, to answer questions like “How full is a crude oil storage facility?”

Now, we’re moving into partnerships with companies such as ClipperData and S&P Global to take that next step. We’ve measured how full something is, but what does that mean?

VIA SATELLITE: What unique value does Ursa’s oil storage product bring to the customer?

Maher: It brings transparency to parts of the world that were traditionally opaque. If you look at the oil industry in general — it’s global. A lot of the activity happens outside of countries that regularly report what is going on in their systems. What we do is we bring a global perspective to the oil and gas world. Not only can we measure the traditional North American and European sites, but can also look at the Asian regions, the Middle East, and the Caribbean.

Our customers use our product to figure what to do in the market — whether to trade, sell, and all the other different things a typical financial customer would do.

VIA SATELLITE: What does this new funding entail for Ursa Space Systems?

Maher: With our initial round of funding we were pretty focused on the oil industry and all the intricacies of actually getting to market. There are many aspects to getting even one product line out. The investors saw that there was a lot of customer demand for the product so they injected some funding because for one; they saw a lot of opportunity and two; we were building a world-class team. The cash allows us to build the team and explore adjacent markets and other types of measurements that really help the financial institutions make trading judgments.

The Ursa founders have placed an enormous emphasis on growing a strong, healthy, high-performance culture. I think that that has created a very attractive work environment and has brought in some of the best people in their field, enabling them to also make gender diversity a priority in hiring. It’s a virtuous circle and Ursa shows us what is possible when you start with a talented core team.

VIA SATELLITE: What are some of the more interesting trends you’re seeing in today’s geospatial intelligence market?

Maher: One of the interesting trends that you’re seeing is that a number of companies came to similar conclusions that we did. We originally were working on satellites but quickly realized that data analytics was the key piece that needed to be worked on. I see that across the industry.

We’ve been focused on radar from the beginning, and we’re starting to see industry interest pick up quite a bit. You can see that in investment and what other companies are developing. It’s really exciting — it’s something that I’ve been very excited about for years. It’s really awesome to see that become more prevalent in the industry.

Porteous: There are a couple of significant trends that are reshaping how we build space-based capabilities. Those trends are creating new insertion points that allow us to build new companies in existing markets, and have changed the capital requirements for building companies in those areas.

It’s a lot easier and cheaper to get things into space, which allows greater room for innovation. This will forever change the way we build and finance satellite companies. We have the ability to take risks we haven’t taken before, and to take them incrementally.

VIA SATELLITE:  How do you see the geospatial intelligence industry evolving?

Maher: If I look out five, 10 years out from now, I see a shift from large, consolidated systems to a whole ecosystem of companies who are looking to develop new satellite hardware technologies and analytics. To me, this seems like the very early days of Global Positioning System (GPS) — big, high-end customers were the first to use it, but it has now trickled down into everyone’s systems.

Some of our customers would typically refer to us as alternative data, but some are now saying that the data sets we’re producing are now the primary sets that they use. That’s the transition that I’m seeing. It’s kind of like how GPS was this fun toy that you had in your car — in 10 years, these data sets are going to become ingrained into people’s workflows. It will be hard to separate out.