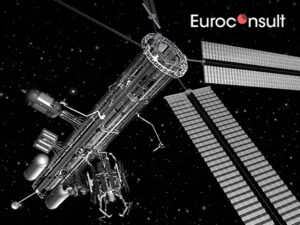 Rapid growth in on-orbit space services will create a market that generates $4.4 billion in revenue by 2031, according to analysis firm Euroconsult’s first-edition Space Logistic Markets report published May 19.

The report’s editor, Euroconsult Analyst Maxime Puteaux, said that on-orbit space services — or space logistics, as it is referred to in the report — are now being developed by more than 50 companies to support satellite systems from launch to end-of-life. These services are categorized as follows: Last Mile Logistics (LML), Life Extension, Active Debris Removal (ADR), On-orbit Assembly and Manufacturing (OOAM) and Space Situational Awareness (SSA).

Puteaux said each of these services are currently at different levels of maturity in the market.

“There is a long way to go before seeing nodes and networks in orbit and a true supply chain, but we are beginning to see flight proven services and securing early customers”, Puteaux said in the report’s press release.

“Our analysis shows that these supply driven markets have yet to shift towards buyer’s markets…  Space logistic markets are leveraging on multiple rapid changes across space industry access that could lead to an average of 220 launches in the next 10 years in the most optimistic scenario. Despite a 52% increase in value between 2012- 2021 and 2022-2031, Euroconsult anticipates that the average launching price will be divided by a three-fold factor. This is due to the emergence of new vendors, ranging from dedicated smallsat access to space to super-heavy reusable launchers with various design-to-cost value propositions.”

The report also states that government customers will play a key role in the early stages of market development by providing suitable regulatory frameworks and unlocking more funding.

“However, whilst a larger ecosystem could materialize by combining applications, competitions between each other also need to be considered,” Puteaux added.