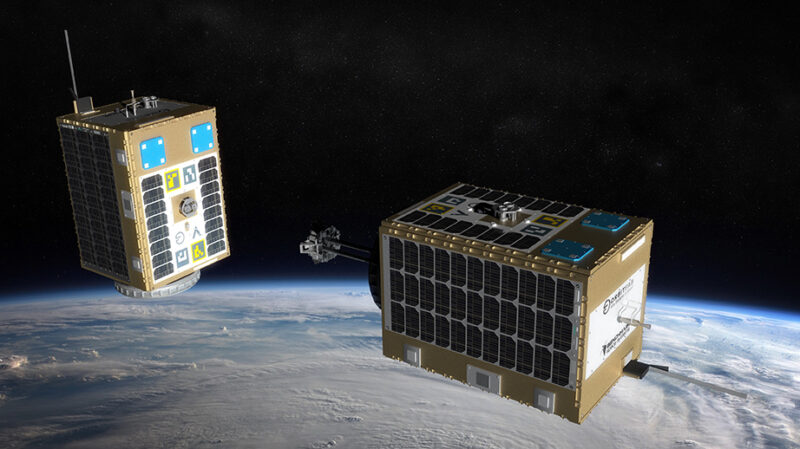 Benchmark Space Systems has announced an in-space mobility offering that allows customers to pay as they go for in-space transport. SCOUT and Orbit Fab has signed on with agreements for the service, Benchmark announced on Wednesday.

Under the agreement, SCOUT plans to integrate Benchmark Halcyon thrusters across its fleet of 3D imaging and thermal sensor-equipped inspection satellites. The companies said this is done with little upfront cost, and SCOUT will then pay for Benchmark mobility services to power its inspection vehicles through space as it completes its missions. In the same way, Orbit Fab will pay to have Benchmark’s mobility service maneuver its tankers into position to replenish spacecraft in need of a fuel fill up. SCOUT is pursuing an in-space inspection and situational awareness service, and Orbit Fab is pursuing what it calls gas stations in space.

Benchmark is pitching this as a taxi-like mobility service that removes hurdles for its customers to provide in-space services without concern over fuel capacity.

“Benchmark’s mobility-as-a-service breakthrough opens the door to new possibilities for everyone, from emerging startups to legacy operators, who can take advantage of an innovative economic solution to in-space mobility and logistics to get creative and evolve the business models for their constellations as a competitive edge” commented Chris Carella, Benchmark Space Systems executive vice president of Business Development.

Benchmark plans to debut the first Halcyon system equipped with Orbit Fab’s refueling kit aboard the SpaceX Transporter 2 rideshare mission set for this Friday, June 25, aboard a Falcon 9 rocket.