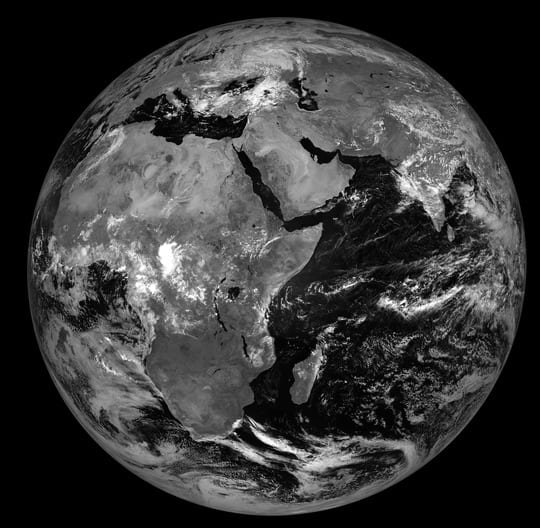 Eumetsat announced Wednesday that Meteosat-9 is taking over for Meteosat-8 as the prime satellite offering Indian Ocean Data Coverage (IODC) service. Eumetsat is the European Organisation for the Exploitation of Meteorological Satellites, an intergovernmental agency that monitors weather, climate, and the environment from space.

Meteosat-8 has been in service for 20 years and will be retired to a graveyard orbit later this year. Meteosat-9 was expected to take over coverage on June 1 at the target orbital slot of 45.5 degrees East.

Meteosat-8 will provide parallel IODC service until July 1. The organization said there is potential risk of interruption to data during the transition period.