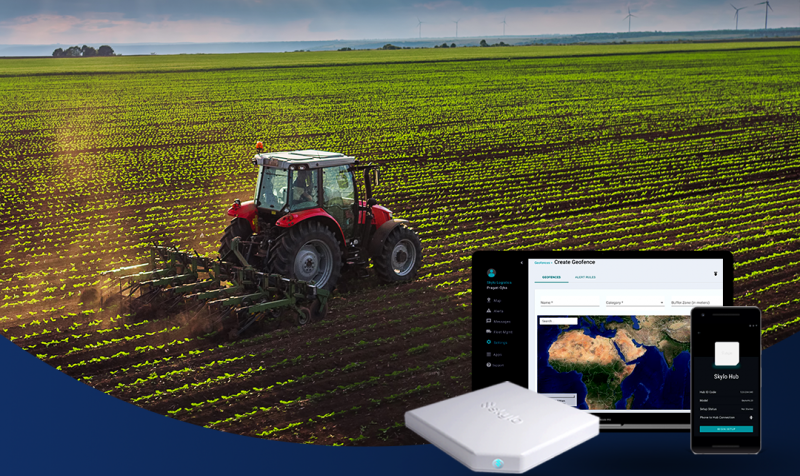 Skylo is partnering with Inmarsat to supply the satellite connectivity to power its Narrow-Band (NB) Internet of Things (IoT) network, the company announced Tuesday. The two companies have been working together through demonstrations and testing, and the network is currently available in India through a partnership with BSNL, with plans for a global rollout.

Parth Trivedi, Skylo CEO and co-founder, told Via Satellite that from the start Skylo wanted to focus on innovation on the ground versus building and launching satellites for its network.

“We don’t want to reinvent the wheel on the space segment. We think that the real challenge is on the ground, how customers and users interact with a digital service,” Trivedi said. “Our ambition is to build out a global network, and Inmarsat already has coverage and landing rights on a global basis so it allows us to execute more rapidly.”

Skylo manufactures the Skylo Hub, a digital Electronically Steerable Array (ESA). The Hub is a hotspot for any IoT sensors nearby and transmit two-way data via the Skylo Satellite Network, backed by Inmarsat connectivity. The Hub is manufactured in India and uses all cellular components, so it can be manufactured on the same production line as a Wi-Fi router or smartphone. The Hub retails for less than $100, and Skylo sells connectivity and its API via a subscription.

Trivedi said that Skylo has built a virtualized core network that increases the efficiency of using the L-band via Geostationary (GEO) satellite, which can connect more devices over a single channel.

“The most effective IoT solutions require a truly resilient and flexible network that can scale as demand grows,”Rajeev Suri, Inmarsat CEO commented in the June 8 release. “Inmarsat’s L-band network provides a unique capability for enabling the billions of connected IoT devices in India and across the world that are being deployed at an extraordinary speed.”

The company emerged from stealth mode in early 2020 with a $103 million funding round led by Softbank Group, which is helping the company go-to-market in Asia and Japan. Skylo also has a chipset partnership with Sony Semiconductor Israel, and partnerships with Indian tech company Beetel in addition to the work with Indian Mobile Network Operator (MNO) BSNL.

As for use cases, Skylo offers end-to-end solutions for the fishery, equipment, and logistics sector. One solution is a fleet management application used for wooden fishing boats in the Indian Ocean that typically have not been able to afford a satellite phone.

“An industry which has been traditionally doing business the same way for centuries, is now able to report fish catch populations remotely 500 miles away from the shore, complete e-commerce transactions, and report emergencies. We have helped rescue more than two dozen lives since we have been testing the solution in India,” Trivedi said.

But he calls the solution “developer friendly” and the Skylo API allows data to be integrated from any existing sensors. Skylo is working a number of companies from Original Equipment Manufacturers (OEMs) to startups on ways the Hub can be used.

“Expanding into new verticals and new industries has been made extremely easy for our customers,” Trivedi said. “We’ve decided to develop an end-to-end solution for three or four select, large use cases, and allow customers to integrate Skylo connectivity into whatever machine or sensor data application, they are interested in.”