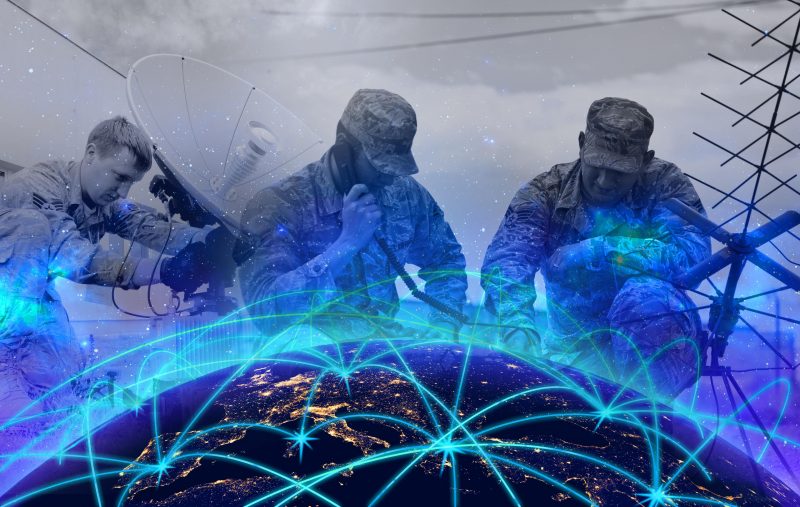 The U.S. Space Force’s Space Development Agency believes it will meet a scheduled launch next March for four Tranche 0 Tracking Layer satellites by L3Harris, but the agency is eyeing the risk of a launch delay due to COVID-19 related delays in deliveries of microelectronics and space system components, the SDA director said on Nov. 10.

“Obviously, there was a big supply chain issue due to the COVID shutdown that caused a lot of these hiccups with microelectronics and space components,” SDA Director Derek Tournear told a National Security Space Association webinar. “There is risk on the L3Harris buses for that March launch, but we’re tracking that. We feel that there’s a good chance at this point, but it’s something that we’re tracking daily to make sure we get the parts delivered and the satellites built on time.”

For Tranche 1, “it looks like the industry has recovered from a lot of the supply chain issues,” Tournear said. “We see that we’re starting to get more of the backlog in the components on the shelf that are needed to hit the supplies for Tranche 1.”

The first launch of nine to 10 SDA Tranche 0 satellites has slipped from September until December, SDA said in September, but the agency said that it still plans to have a suite of Tranche 0 Transport Layer and Tracking Layer birds ready to participate in U.S. Indo-Pacific Command’s Northern Edge exercise in Alaska next summer.

Created in March 2019, SDA became part of the U.S. Space Force on Oct. 1, and Tournear, who had reported to Under Secretary of Defense for Research and Engineering Heidi Shyu, now has his office under Frank Calvelli, assistant secretary of the Air Force for space acquisition and integration, and Chief of Space Operations Gen. B. Chance Saltzman.

The SDA in August 2020 awarded Lockheed Martin and York Space Systems contracts to each build 10 small satellites under Tranche 0 as the initial element of the Transport Layer — a new constellation of spacecraft aimed at connecting satellites in low earth orbit to serve the tactical communications needs of U.S. forces more rapidly. The Transport Layer is to be the backbone of DoD’s Joint All Domain Command and Control architecture.

L3Harris and SpaceX are each building four satellites for the Tracking Layer’s Tranche 0 under contracts awarded in October 2020. Airbus and Raytheon Technologies protested the Tracking Layer awards, but SDA, buttressed by Government Accountability Office (GAO) findings, resumed work on the initial awards in January 2021.

The Tranche 0 Tracking Layer is an initial SDA stab at monitoring threats from hypersonic and other advanced, maneuverable missiles able to change their impact point during flight.

The Tranche 0 Transport Layer and Tracking Layer satellites were to begin launch in September, but various setbacks beyond the Tracking Layer protest, including software, radios, and a shortage of microelectronics components, pushed back first launch until mid-to-late December, Tournear said in September.

At the Northern Edge exercise next summer, the Tranche 0 satellites are to demonstrate two capstone missions. One such use case is the detection/tracking of hypersonic glide vehicles and the use of Link 16 to transmit targeting data to a ground shooter and the other mission is the fusion of data from various sensors to demonstrate global targeting for the prosecution of hundreds of targets per day in a given region of the globe.

The transport layer is to be the backbone of the Pentagon’s Joint All Domain Command and Control (JADC2) concept.

The optically-linked satellites are to be ready for launch in September 2024. Each contractor is to build 42 satellites.

In addition, SDA has issued a draft solicitation for battle management command, control, and communications software to allow ground satellite operators to upgrade BMC3 processors on orbit. A final BMC3 solicitation is expected next February, followed by an RFP for BMC3 applications next summer.

SDA’s budget request in fiscal 2023 was $2.5 billion and the agency plans to spend about $16 billion over the next five years.

“The two capabilities that we’ll provide the nation, and the warfighter, in particular, are that beyond line-of-sight targeting for any of the ground and maritime targets so that they can be detected, tracked, and targeted, and we can send fire control data down directly to a weapons platform ,” Tournear said of the Transport Layer on Nov. 10. “We will do that so we can affect hundreds of targets at a time — hourly or even shorter periods. What we have demonstrated in the Department [of Defense] in our last 20 years, we’ve been able to demonstrate that we can prosecute targets on the order of single digits to highest dozen or so a week. That’s not going to cut it when we go to a ‘near peer’ conflict. We’re going to be in this tempo that’s hundreds. We’ll provide that capability to get resilient, tactical comm [communications], tactical targeting directly to the warfighter, and we’ll provide that in a method that gets that capability upgraded every two years–just like your cell phone–based on the newest technology. That’s a capability that we don’t have today.”

SDA tranches are to launch every two years.

Asked on Nov. 10 how SDA is integrating its ground moving target efforts with other DoD and intelligence community efforts; whether there is any overlap between SDA ground moving targeting and the Space Force/National Reconnaissance Office Space Based Radar program to replace the Northrop Grumman Joint STARS aircraft; and, if so, to identify such overlap, Tournear demurred.

“SDA is well plugged into any and all ISR [intelligence, surveillance, and reconnaissance] supporting the warfighter,” he said. “That’s all I’ll comment on that.”