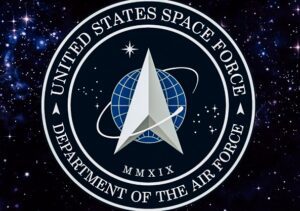 U.S. Space Force will need to limit duplication of Space Force systems with those of the National Reconnaissance Office (NRO), Lt Gen. B. Chance “Salty” Saltzman, the Space Force’s chief of operations, told the Senate Armed Services Committee (SASC) at a hearing on his nomination to become the next Chief of Space Operations to succeed Gen. John “Jay” Raymond, who became the first head of Space Force at the inauguration of the sixth military service on Dec. 20, 2019.

Saltman has served in a number of space positions in his 31-year career, including as commander of the NRO’s Aerospace Data Facility – Colorado ground station.

“I learned to fly satellites in the NRO,”  Saltzman told SASC on Sept. 13. “I was an NRO ground station commander so I speak from a personal basis, from an insider, if you will, that the missions the NRO does are critical to the United States, but there are differences in the missions that they support, the requirements they support, and the customers they support. And, although there are differences, the collaboration between the two organizations [Space Force and NRO] is essential for both’s success.”

Space Force Space Systems Command’s philosophy to “exploit what we have, buy what we can, and build only what we must” helps underpin Space Force and NRO collaboration, Saltzman testified.

“We will need to look, as we examine where our missions start to overlap, whether it’s intelligence, surveillance, and reconnaissance or some of the other ‘protect and defend’ missions,” he said. “Wherever we overlap, we need to evaluate what current capabilities exist, what we can buy commercially, and what we need to build specifically to fill the gaps and then not walk all over each other, to not be overly redundant because we can’t afford to be.”

While Space Force and the NRO have said that they are taking advantage of commercial space more, a new Government Accountability Office (GAO) report said that the intelligence community (IC) and Department of Defense have made limited use of emerging commercial satellite imaging capabilities such as radar and have been slow to make sustained use of these technologies (Defense Daily, Sept. 7).

The government audit agency also warned that the roles and responsibilities for acquiring commercial satellite imagery and data are unclear and are not bounded in laws or regulations, leading to potential duplication of effort.

“The IC and DoD have established requirements for future commercial acquisitions focused primarily on foundational intelligence but have limited ability to incorporate emerging commercial satellite capabilities in a timely manner,” per the report, National Security Space: Actions Needed to Better Use Commercial Satellite Imagery and Analytics (GAO-22-106106). “Although they have explored utilizing emerging capabilities, the IC and DoD have not developed an effective approach to bring these capabilities into geospatial-intelligence (GEOINT) operations.”

NRO, which was designated in 2017 as the primary acquirer of commercial satellite imagery for the IC and DoD, has bought emerging imagery capabilities but for the most part hasn’t transitioned these study contracts into sustained funding, GAO said.

Roles and responsibilities for acquiring commercial imagery are likely to be further strained going forward given the increased reliance by DoD on space, the further expansion of the commercial remote sensing industry and capabilities, and the potential for Space Force to begin acquiring such imagery, per GAO.