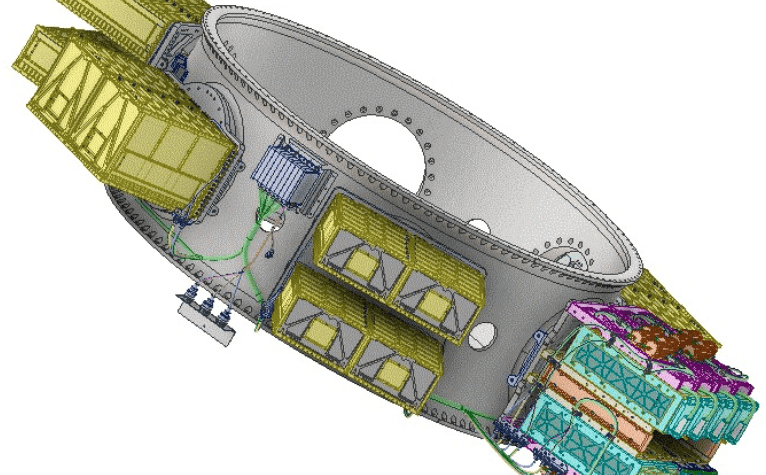 The Space Force Space and Missile Systems Center (SMC) said on Jan. 4 that the Landsat-9 EFS had completed its third and final design review – Design Status Review 3 – on Dec. 15 and “was deemed ready to proceed to the final stages of integration.” Topics addressed included range safety and a “Do No Harm” assessment of EFS’ effect on the Landsat-9 anchor satellite.

Col. Robert Bongiovi, director of SMC’s launch enterprise, said in a statement that the Space Force “is utilizing our Mission Manifest Office’s [MMO] flexibility and efficiency to help our NASA partner make seamless manifest changes to a previously-planned mission.”

“This effort underscores MMO’s ability to understand its customer and mission partner’s programs and provide late-stage solutions for evolving capability needs,” he said.

SMC said that the MMO “originally designed the EFS to fly only mass simulators as a proof of concept, but has advanced the mission profile to reflect the demand for on-orbit capability.”

EFS is a joint effort between NASA’s Goddard Spaceflight Center (GSFC) and SMC’s MMO, which has funded the effort.

The next major milestone for EFS is the integration and encapsulation of the Landsat-9 satellite, per SMC.

Orbital ATK, now part of Northrop Grumman, received a $130 million contract award for Landsat-9 in October 2016. Orbital ATK built three other Landsat satellites, including Landsat-8, which was launched in 2013.

The multi-satellite launch capability of EFS has tripled since June, 2019 when NASA said that EFS was to have the capability of integrating and delivering to orbit up to six secondary payloads on an adapter ring.

This was originally published by our sister publication Defense Daily.