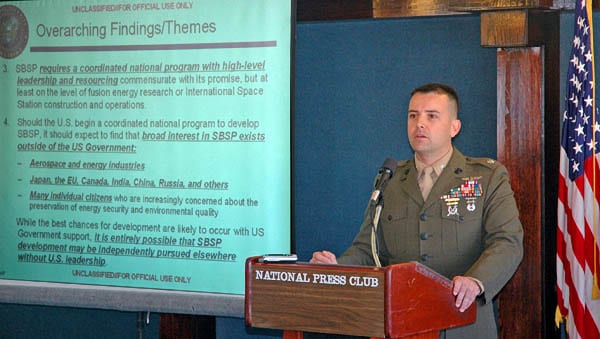 Spire Global revealed that Paul Damphousse joined the company to lead national security business development for Spire Federal in Washington. Damphousse served in the U.S. Marine Corps for 22 years as a combat pilot and space operations officer until his retirement in 2011. His last assignment was as the Chief of Advanced Concepts for the Pentagon’s National Security Space Office (NSSO) and the Department of Defense (DOD) Executive Agent for Space.

Spire Federal was created with the specific edict to create new technologies for the federal government under the guidance of seasoned leaders, such as Damphousse. Spire has launched several new strategic partnerships this year, including deals with NASA, the European Space Agency (ESA) and global players in the weather, maritime and aviation sectors.

“I’m excited to join Spire and to lead the company’s growth into the critical national security sector,” Damphousse said. “Spire designs, integrates and operates one of the largest constellations of spacecraft and ground station networks in the world. In doing so, Spire has established itself as a singular leader in the new space economy. It is an honor to join this team of talented and visionary people.”