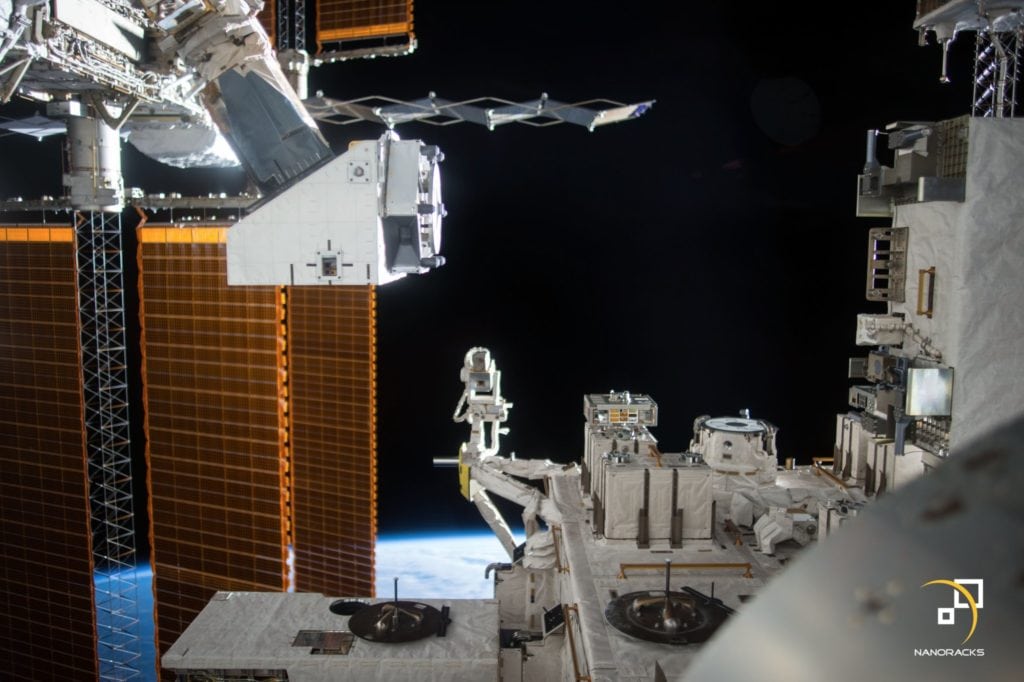 The NanoRacks External Platform (NREP) on the ISS. Photo: NanoRacks

In August 2018, NanoRacks was one of 13 companies selected by NASA to study the future of commercial human spaceflight in Low Earth Orbit (LEO), including long-range opportunities for the International Space Station (ISS). Today, NanoRacks shared that it will be working to complete this study and show the viability of commercial habitats (outposts) in LEO and the future of ISS commercial utilization. Participating partners include United Launch Alliance (ULA), Terminal Velocity Aerospace, Stratolaunch Systems, Lunar Resources, among others.

In this four-month study, NanoRacks will investigate the commercial case for the re-purposing of in-space hardware, specifically the upper stages of launch vehicles, via the NanoRacks Space Outpost Program. NanoRacks, and its LEO commercialization team, aim to define the market, policy, and contractual ecosystems required for the commercial sustainability of the Outpost Program – both as autonomous and human-habitable platforms.

Outpost is not a specific technology, but a collection of techniques, including robotic repurposing, outfitting, and payload integrating, for recycling commercially useful volume out of otherwise discarded in-space assets. NanoRacks first announced its intent to operate commercial outposts throughout the solar system in 2016, when it was one of six companies selected to participate in NASA’s Next Space Technologies for Exploration Partnerships-2 (NextSTEP-2) program. Initial technical feasibility of repurposing upper stages in orbit, both autonomously and via human astronauts, was successfully proved by NanoRacks in fall 2017.

This study intends to provide a viable, realistic roadmap for all LEO stakeholders, from the U.S. Government to commercial suppliers and end-users.