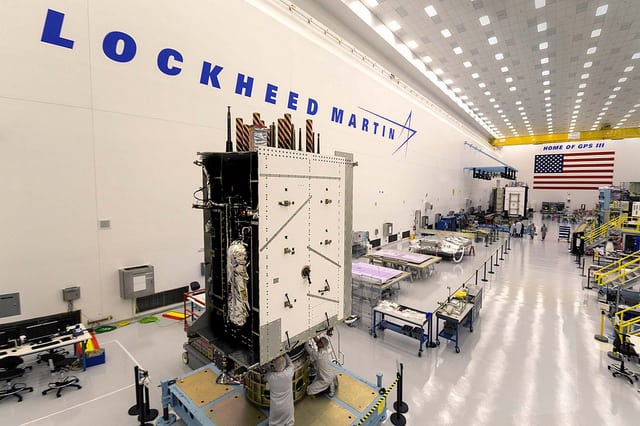 Lockheed Martin received the navigation payload for the fourth satellite, GPS 3 SV04, in October, and the payload is now integrated with the space vehicle. The company expects to integrate SV04 into a complete space vehicle in January 2018.

In total, Lockheed Martin is under contract for 10 next-generation GPS 3 satellites as part of the Air Force’s modernized Global Positioning System. According to the Air Force, GPS 3 will have three times better accuracy and up to eight times improved anti-jamming capabilities. Spacecraft life will extend to 15 years, 25 percent longer than the newest GPS satellites on-orbit today. GPS 3’s new L1C civil signal also will make it the first GPS satellite to be interoperable with other international global navigation satellite systems.