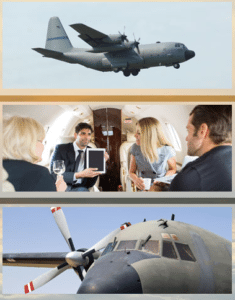 [Via Satellite 12-06-2016] Aero-Satcom, the joint venture between Eclipse and NSSLGlobal, has signed an agreement with Inmarsat’s global government business unit that appoints Aero-Satcom as a Global Xpress (GX) Value Added Reseller (VAR) for the government aero market outside of the U.S. After previously signing Swift Broadband and Swift 64 distribution agreements, the new contract allows Aero-Satcom to work alongside local partners to offer Inmarsat’s Ka-band services, according to a statement released by Inmarsat.

Aero-Satcom’s first provisioning of aeronautical GX services will be through a local-government-focused Inmarsat service provider for a fleet of Europe-based head of state aircraft. The head of state aircraft retrofit begins in December with Aero-Satcom expecting the services to be fully operational from February 2017. The joint venture will support the delivery of onboard solutions developed by Eclipse that provide on-board bandwidth management, bandwidth optimization and credit card payments for passenger internet access.