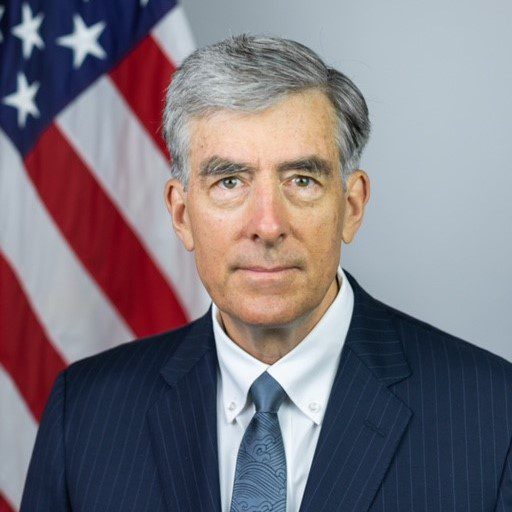 Chris Inglis. Photo: Executive Office of the President of the United States

Invoking a famous quote about the United States and Great Britain, the U.S. cybersecurity advisor to President Joe Biden said that cyber and space communities are separated by a common challenge, one these communities don’t always realize.

Chris Inglis, national cyber director and advisor to the president, said cyber and space are two domains that have extraordinary reach, and are increasingly a source of critical dependency.

Inglis laid out the basics of the national cyber strategy, which is also applicable to space cyber strategy. The key points are investing in resilience, making it defensible, and aligning actions and consequences for attacks.

But collaboration is necessary to back all of this up. The value of collaboration was a theme repeated through the first day of CyberSatGov conference on Wednesday. Inglis echoed opening keynote David Luber of the National Security Agency (NSA) in his defense of collaboration.

Inglis compared the idea of collaboration in cybersecurity to a lesson he took from the 9/11 attack in terms of the individual ability to connect dots.

“The real story of 9/11 was that we need to lower the barriers to collaboration such that your hunches, my insights, and my partial view will be reconciled to yours so that we can discover something together that we never could have discovered alone, even with 10 times the resources,” he said.

Inglis said part of his job as cyber advisor to the president is ensuring that collaboration, to share and interface cyber learnings across various parts of the government such as the U.S. Department of Justice, Federal Bureau of Investigation, and U.S. Department of Homeland Security.

“The national cyber imperative for anything needs to create coherence, not just inside federal enterprises, but between the private and public sector, to create the present and future resilience across technology, people and doctrine,” Inglis said.

Although Inglis called space a domain with critical dependency and critical capabilities, he would not add space to the list of 16 critical infrastructure sectors outlined by the government that includes energy, and food and agriculture. He recognized that space capabilities fall under some of the sectors, like communications and defense industrial base, but prefers to think of how the different capabilities interface with each other.

“While the 16 critical sectors have served us well since about 1999, there’s a way to think about what does criticality look like in our society?” Inglis asked. “It leads us to a false conclusion, that you get one of those right at the expense of the other 15. It leads us away from the idea that there are critical strands of capabilities [that it] takes to run an economy in the United States.”

Along the line of working with the space industry, Inglis addressed how his office will help security issues in next-generation government space projects from the Defense Advanced Research Projects Agency (DARPA) and Space Development Agency (SDA).

“One [way] is to not interfere with it and bring a wet blanket to the party,” Inglis said.

He continued that he works with the Office of Science and Technology Policy (OSTP), DARPA, and others, to promote the right investments for innovation, taking maximum advantage of the private sector. The resilience that is part of the national cyber strategy needs to be a part of these next-generation space projects, he said.

“Those entities have a huge role to play as to how we actually innovate and get ready for a future that is already rushing at us,” Inglis said.