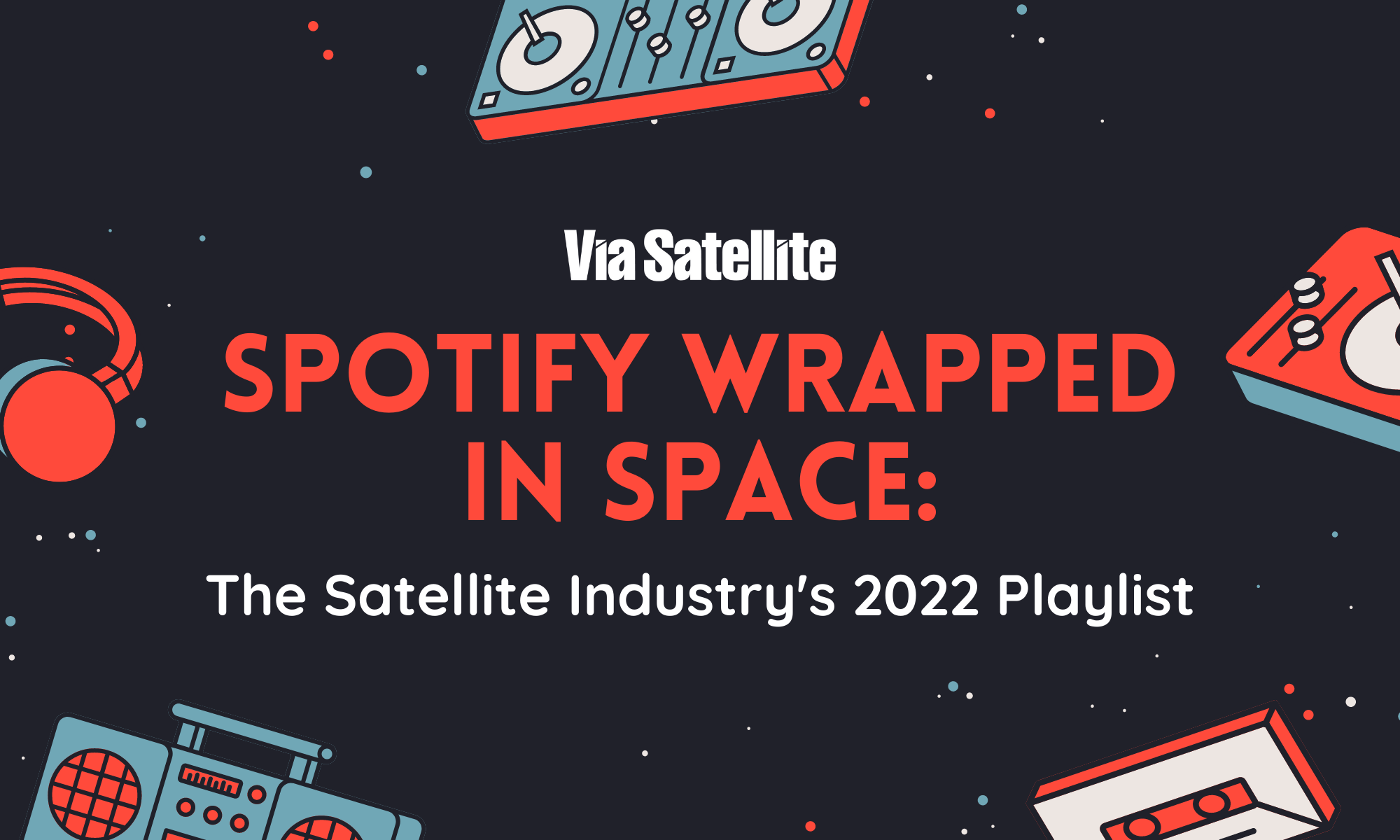 It has been quite a year for the satellite industry. There have been deals aplenty and the industry is looking forward to an exciting 2023. However, to end the year, we thought we would end on something a bit different. The Spotify Wrapped feature is a popular feature now that analyzes what music you listened, your most popular genres and which artists were your favorite. I mean what is more important than the music we listen too, right?

So, the day after the Spotify Wrapped feature we dropped, we decided to ask a lot of well-known names in the satellite industry what their most played song was of 2022, as we looked to create what we believe is the first satellite playlist based on Spotify Wrapped (at least we suspect it is the first).

The results are somewhat surprising. Elton John was the only artist to feature twice, and I must admit I wasn’t expecting to see My Chemical Romance make an entry, but there were some very interesting choices here. With a number of former Satellite Executives of the Year winners taking part including Gwynne Shotwell, Steve Collar, Stéphane Israël, Pradman Kaul and our current SEOTY, Tina Ghataore, we have garnered some of the top people in the industry to take part. So, what were their most played songs in 2022? Prepare to be surprised!!!

Here, we present for the first time ever: The Satellite Industry’s 2022 Playlist, brought to you by Via Satellite and a number of top execs in the industry.

Greg Wyler, founder and CEO of E-Space: “Far Side of the World” by Jimmy Buffett

Nobu Okada, founder and CEO of Astroscale: “Talking to the Moon” by Bruno Mars

Gwynne Shotwell, president and COO of SpaceX: “One Man Band” by Old Dominion

Rajeev Suri, CEO of Inmarsat: “Rewrite the Stars” by Zac Efron and Zendaya from “The Greatest Showman”

David Wajsgras, CEO of Intelsat: “We are the Champions” by Queen

Carol Craig, founder and CEO of Sidus Space: “Welcome to the Black Parade” by My Chemical Romance

Patompob (Nile) Suwansiri, CEO of Thaicom: “Something Just Like This” by The Chainsmokers and Coldplay