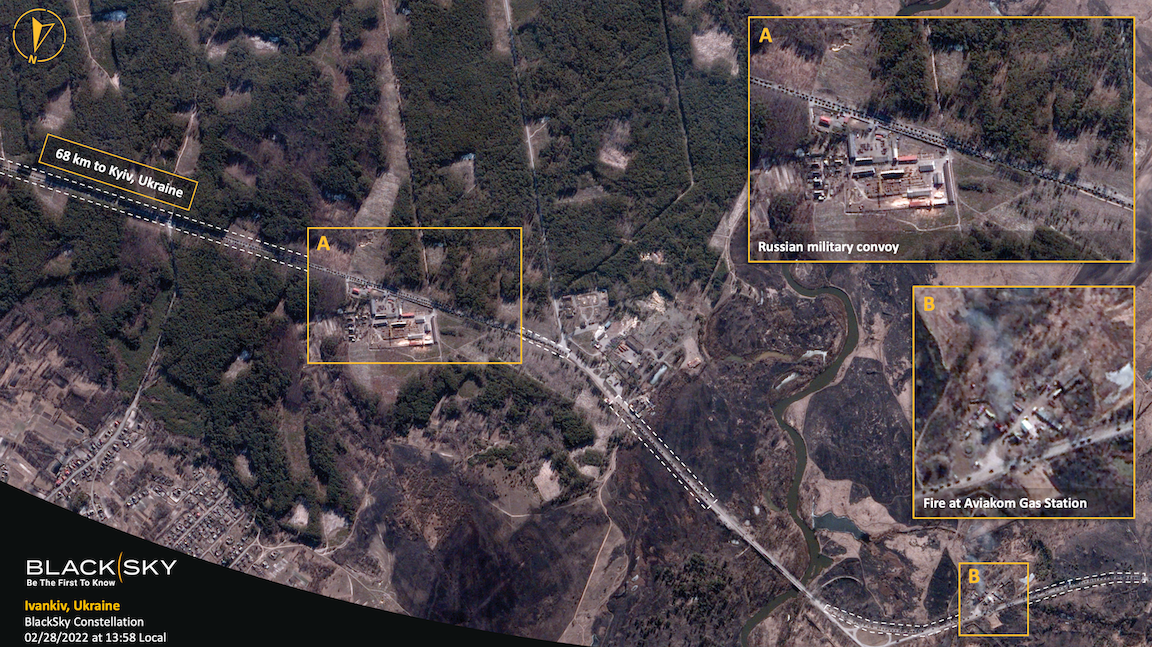 A group of space companies have raised nearly $1 million to support humanitarian aid in Ukraine, forming the Space Industry for Ukraine (SIFU) group. HawkEye 360 CEO John Serafini said in a Tuesday announcement that he visited the Poland-Ukraine border last month and wanted the space community to play a humanitarian role in addition to defense and intelligence support. Commercial satellite imagery is assisting the U.S. intelligence committee understand the situation in Ukraine, U.S. officials said this week at GEOINT Symposium.

SIFU has raised nearly $1 million so far through companies making one-time pledges of $50,000. A steering committee will fundraise, select, and monitor the execution of humanitarian projects, working with international NGOs and representatives of the Polish and Ukrainian governments. The April 26 announcement said this is not intended to be a long-term initiative, but rather to impact immediate needs over a three-month period.

“The national security space community is uniquely positioned to address the horrific atrocities playing out in Ukraine over the past several weeks,” said Steve Jacques, executive director of the National Security Space Association. “With SIFU, we intend to go beyond the bounds of traditional strategic support and provide humanitarian aid geared directly towards alleviating suffering and restoring the human dignity of those impacted by the events in Ukraine.”