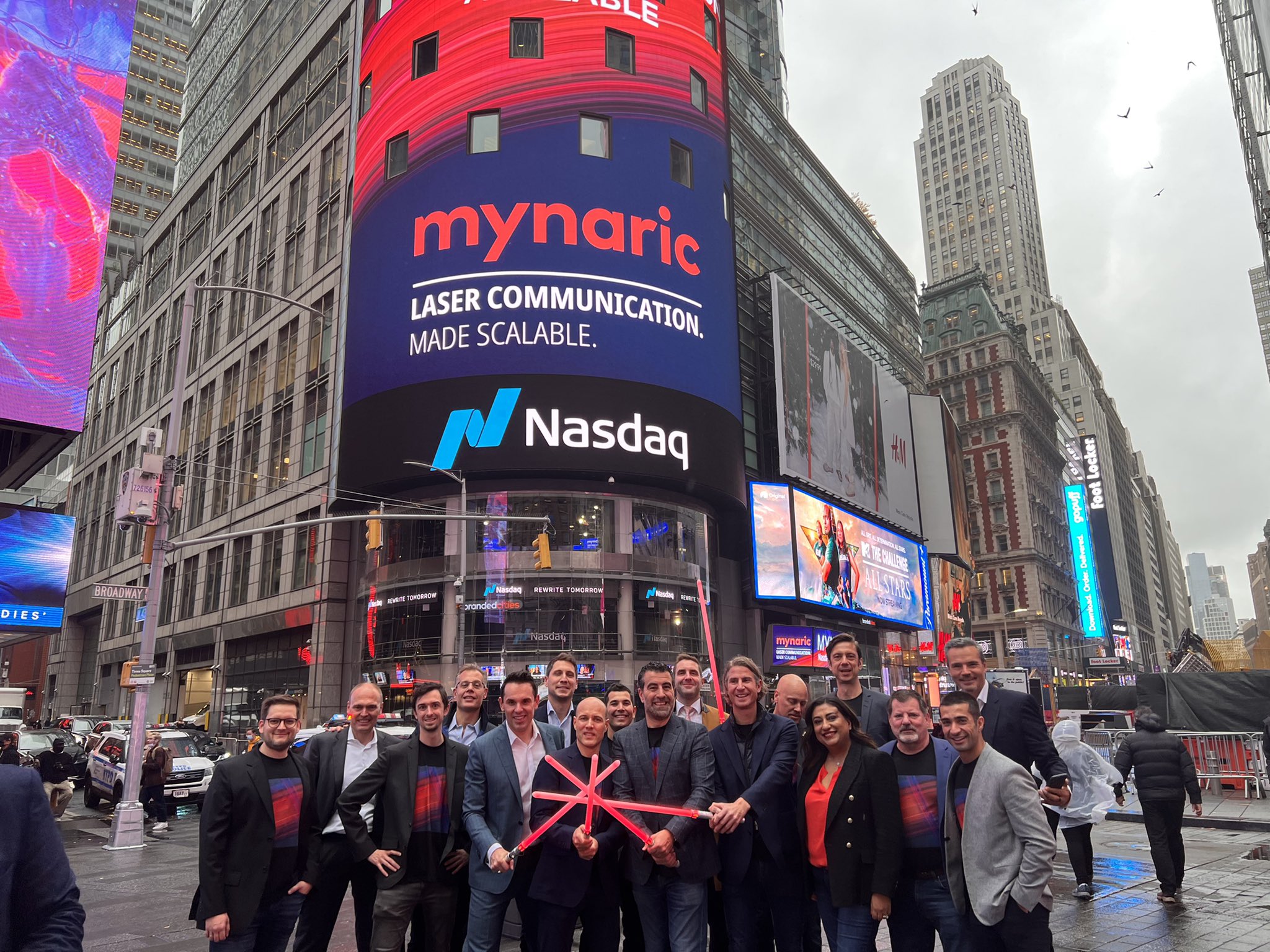 Laser communication company Mynaric, which is publicly traded in Germany, placed shares in the Nasdaq market on Friday.

Mynaric announced Friday that it is publicly offering American Depositary Shares (ADSs), which means shares in a foreign company held by U.S. depositary banks that can be traded in the U.S.

Mynaric expects gross proceeds of $66 million from the sale of 1,000,000 new ordinary shares, in the form of 4,000,000 ADSs at a price of $16.50 per ADS. Every four ADSs represent one ordinary share of Mynaric. The ADSs are trading under the ticker symbol “MYNA” and the offering is expected to close on or about Nov. 16.

“Our decision to take space lasers to Nasdaq provides us with the launch pad to spearhead the laser communication revolution and build the information fabric of the future,” commented Mynaric CEO Bulent Altan.