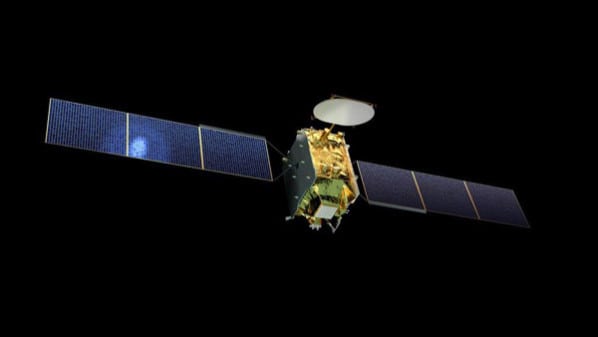 Eutelsat Communications pushed back the launch of its EUTELSAT QUANTUM satellite to the third quarter of the 2021 calendar year. This is the second time the operator rescheduled the QUANTUM satellite launch, after it was pushed last quarter, as well.

Eutelsat announced the move in its 2020-21 third quarter fiscal report. The operator’s revenue for the quarter was down 6.1% on a year-over-year basis, which was in line with expectations. Overall revenue in Q3 was 294.4 million euros ($357.7 million).

Mobile Connectivity, Eutelsat’s smallest segment, saw the greatest dip in revenues for the quarter. Revenues of 15.7 million euros ($19 million) were down 17.2% year-over-year. Mobile Connectivity revenues represent 5% of overall revenues. Eutelsat said these results reflect the impact of the COVID-19 crisis on aero mobility, weighing on airtime-related revenues on KA-SAT, and reducing revenues from certain service providers.

Fixed Broadband was the only segment that saw an increase. Q3 Fixed Broadband revenues stood at 20.5 million euros ($24.9 million), up 1.9% year-over-year. This reflects initial revenue from Konnect Europe, including the start of the wholesale contract with Orange, as well as growth of the company’s African business. Fixed Broadband currently represents 7% of overall revenue.

Commenting on the quarter, CEO Rodolphe Belmer highlighted a backlog increase of 6% to 4.5 billion euros ($5.5 billion), contract renewal with the U.S. government, and investment into OneWeb.

“We are now seeing real momentum in our Fixed Broadband ramp-up with EUTELSAT KONNECT now at full coverage, enabling us to make tangible progress in Western Europe with retail operations extended to new territories and gross additions gaining pace,” Belmer said in the release. “The outturn of our third quarter revenues performance is fully in line with our expectations and enables us once again to raise the bottom end of our objective range for the year as a whole, as well as to reconfirm all other elements of our financial guidance.”