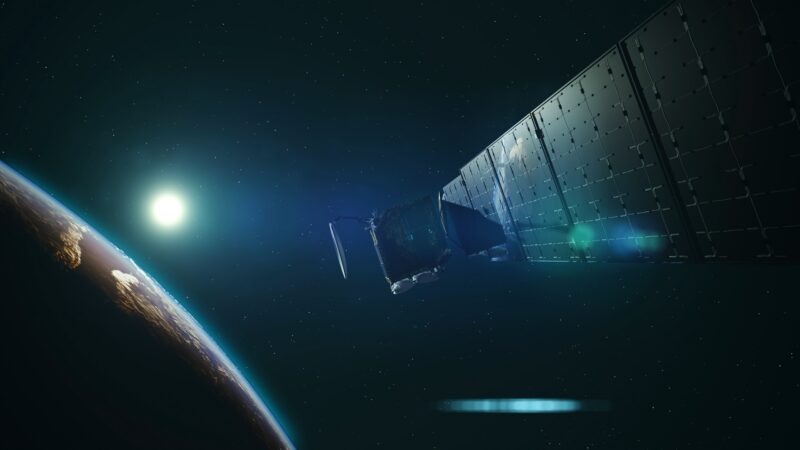 Microsoft is making a play to be the cloud platform of choice for the space industry as it unveiled Azure Space on Tuesday, which will bring together Azure technology and a network of industry partners like SpaceX. Microsoft plans to give its customers satellite connectivity via SpaceX’s Starink constellation, and connect Starlink with its new Modular Datacenter (MDC) offering, which provides cloud computing in challenging environments

SpaceX and Microsoft said the two companies have been working together for months jointly developing software, testing Starlink and Azure together, and talking to customers in agriculture and energy.

“The collaboration we are announcing today will allow us to deliver new offerings for both the public and the private sector to deliver connectivity through Starlink, for use on Azure,” SpaceX COO Gwynne Shotwell said in a video interview. “Where it makes sense, we will work with you, co-selling to our mutual customers, co-selling to new enterprise and future customers, and bring the power of Starlink connectivity to the Azure infrastructure.”

Microsoft’s new MDC will provide cloud computing for customers in challenging environments like remote areas. MDC customers can deploy a self-contained datacenter unit with a field transportable solution. Shotwell said Microsoft can use Starlink to transmit data from a datacenter to another point on Earth, via satellite, in environments where terrestrial communication is not available.

Microsoft also announced Tuesday that it will integrate SES’s Medium-Earth Orbit (MEO) satellite connectivity with the MDC, furthering its partnership with the satellite operator. The companies are developing solutions in which SES provides connectivity or resiliency to terrestrial connectivity to autonomous MDCs today and greater data speeds with the upcoming launch of the O3b MPOWER next generation communications system. SES and Microsoft Azure tested this by simulating a fiber outage at an MDC, and the network was able to automatically switch from fiber to SES’ satellite connectivity into Azure. 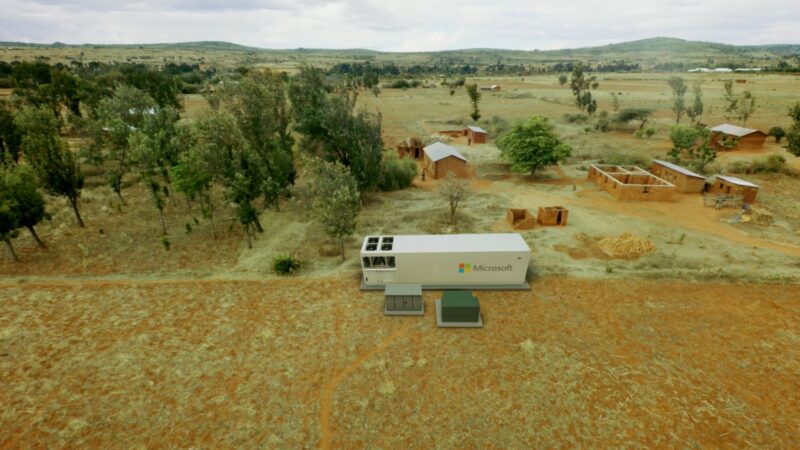 SES Networks CEO John-Paul Hemingway spoke about the demo in a video interview with Microsoft: “With the simulation of a traffic cut, all of the traffic immediately cut over and seamlessly performed as if it had fiber in the first place. That kind of confidence that it will give our customers that they can run really smart, intelligent, edge capabilities over satellite infrastructure is something that will make a massive difference to the market,” he said.

The Microsoft-SES collaboration is part of a multi-year digital transformation agreement between the two companies announced last year, that will expand the use of Microsoft Azure across SES operations. Hemingway recently spoke with Via Satellite about the evolution of the company’s partnership with Microsoft, and said it’s part of SES’s own digital transformation.

“Space is a rapidly growing ecosystem, with ambitions to make space connectivity increasingly attainable across industrlies like agriculture, energy, and telecommunications as well as across the public sector,” Tom Keane, Microsoft vice president of Azure Global said in a video. “At Microsoft, we intend to make Azure the platform and ecosystem of choice for the mission needs of the space community by harnessing the power of Azure from the cloud to the edge.”

These announcements build on Azure Orbital, a ground station service Microsoft announced in September which allows satellite operators to communicate to and control their satellites, process data, and scale operations directly with Microsoft Azure. This initiative involves partnerships with SES, KSAT, Viasat, Kratos, AMERGINT, KubOS and US Electrodynamics.

Microsoft’s developments further its competition with Amazon Web Services (AWS), which launched AWS Ground Station, a managed network of ground station antennas around the world for satellite owners and operators, in 2019. In June, AWS also debuted a new business segment dedicated to serving the aerospace and satellite industry, AWS Aerospace and Satellite Solutions.