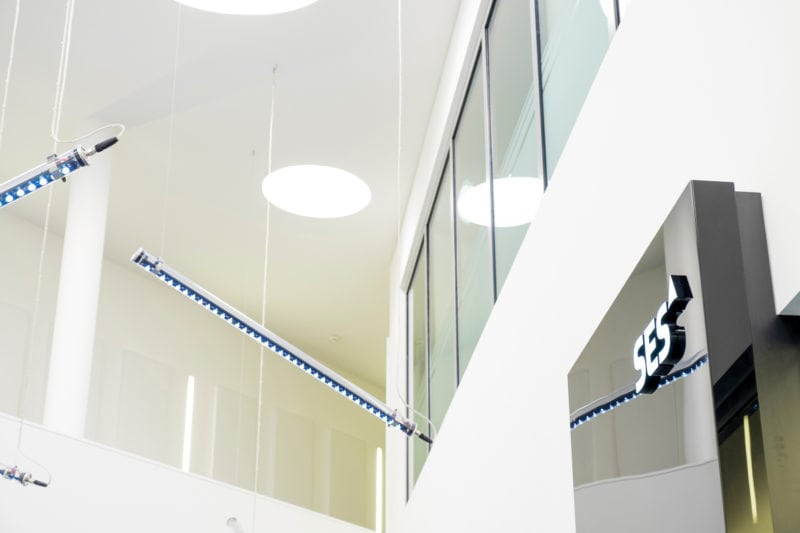 It has been a busy week for global operator SES. While the company finalized launch and manufacturing agreements with the likes of Boeing, Thales Alenia Space, ULA, and SpaceX, SES also delivered it latest set of financial results, highlighting a strong performance in its Networks business.

Net profits for the six months, however, were significantly lower at 86.4 million euros ($102.5 million), an almost 50 percent decrease compared to the same stage last year. SES said the reason was a combination of the lower reported EBITDA (including the restructuring and C-band expenses noted above) and net foreign exchange losses compared to H1 2019, which also included an income tax benefit of 22.4 million euros ($26.6 million). These items offset the positive contribution from lower depreciation, amortisation and net interest expenses, SES said.

Roshan Ranjit, a satellite equity analyst at Deutsche Bank said in a research note that he was positive about these results despite the potential COVID19 headwinds. “SES has this morning announced Q2 recurring EBITDA 10 percent ahead of consensus and 9 percent ahead of Deutsche Bank estimates top end of range forecasts,” said Ranjit. “The company has lowered guidance for the full year following a review of potential headwinds from COVID, but we note consensus was already below the low end of the previous range and is now in line with the revised guidance range. Overall – A reassuring revenue print with the core video business holding up well and a strong recurring EBITDA performance. The lowered guidance is in line with consensus, so broadly anticipated. We would expect the shares to perform well this morning.”

Giles Thorne, a satellite equity analyst at Jefferies added in a research note, “SES’ [2Q 2020] results were good with revenue / EBITDA both 3 percent ahead of consensus. Guidance has finally been revised to reflect the real-world impact of COVID19,” he said.

Thorne also touched upon the potential future of the Networks business and how this could pan out in the future. He said, “Management will also reach a decision during 2H20 regarding the potential separation of the Video and Networks business, the first time a set timeline has been announced. It’s our published view that a possible IPO is on the cards, which will allow the company to better mark-to-market its growth credentials. Indeed, in that spirit, SES has announced today an up-scaling in [O3b] mPower with an additional 4 satellites and promising implications for the fundamentals.”

Thales Alenia Space, a joint-venture between Thales (67 percent) and Leonardo (33 percent), won a deal with SES to build the SES-22 and SES-23, geostationary communications satellites. These two new satellites are designed to provide digital broadcasting services over North America. Thales Alenia Space will be responsible for the design, production, testing of the satellites and support of the payload in-orbit acceptance tests. SES-22 and SES-23 will be based on the Spacebus 4000 B2 platform and will be 3.5-ton class satellites at launch.