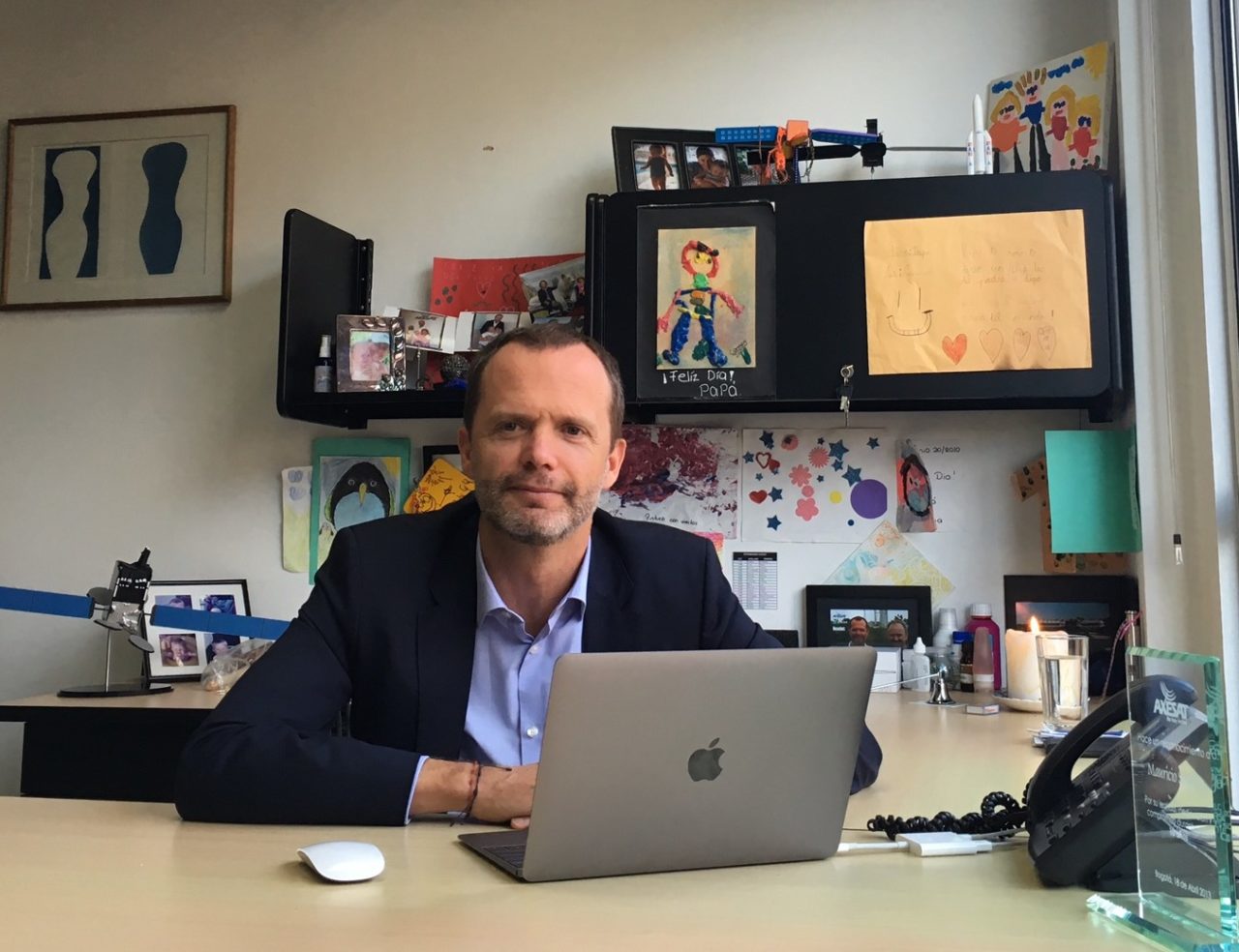 Mauricio Segovia is the CEO of Axesat.

Latin America met Europe in one of the more interesting consolidations that took place in the satellite industry in 2019. AXESS Networks was created through the merger of Axesat and CETel to make a global satellite powerhouse able to serve markets across the world. Mauricio Segovia, previously the CEO of AxeSat, and now the CEO of the new company AXESS Networks, talked to Via Satellite about the ambitions for the combined company.

Segovia said the two companies got together because they had a similar idea of what it means to be successful in today’s satellite industry. They both saw scale as critical, recognized opportunities to consolidate a fragmented landscape, and agreed that independent service providers will continue to play a key role in the industry’s value chain.

“We wanted to improve our footprint. We now have the ability to provide services in more than 50 countries, 4 continents, and 10 verticals. We will provide services in two of the regions that demand satellite communications the most — South America and EMEA. We also wanted to create synergies by combining strengths. CETel’s robust engineering background with Axesat’s very well developed marketing and commercial skills,” Segovia said.

The company aims to be a global player in the enterprise satellite communications industry with its global infrastructure. AXESS operates three main teleports located in Germany, Mexico, and Colombia, and alternative teleports in Dubai and Peru. The company provides global coverage to a diverse base of industrial, energy, oil and gas, telecom, infrastructure, mining, marine and government/NGO customers, all who have critical operations in difficult to serve regions where reliability and security of service is of paramount importance.

Segovia revealed that the new company has “relatively aggressive” growth targets for the next three to five years, and that this will start with organic growth. He said the company is particularly bullish with the telecom and mobility verticals.

“In telecom we have a lot experience in the Americas and believe we can leverage that experience to do a lot more in that vertical in EMEA,” he said. “[In terms of] mobility in both regions [Latin America and Europe], we have been experiencing a lot of growth in the past two years and we believe we can continue to find opportunities in sub-segments in that vertical that are not served by the bigger players. We also want to continue to expand looking further east.”

While mobility is clearly a target for the company, there are definitely other areas of growth that the new combined company is looking to explore. “We expect growth in revenues from value added services. For example, today we don’t have a strong presence in the video side of the business. But we see an opportunity to do more in video. There are niches in that vertical that are underserved especially when you look at the migration of video to IP. Finally, we also want to participate more in Universal Service Projects (USPs) from Governments if there is a way to do so that helps us increase our profits,” Segovia said.

The Axesat and CETel deal took industry experts by surprise when it was announced, as it did not seem like an obvious merger. As to how long the deal had been in the making, Segovia said: “There is private equity fund involved. That fund began conversations with CETel in April 2017. I had an initial conversation with Guido Neumann (CEO, CETel and now CDO, AXESS) about the idea was September 2017 and I met the fund in November of that year. By the middle of 2018, the transaction between CeTEL and the fund was close and at the end of 2018 serious conversations with Axesat began.”

In the first 12 months after the merger, AXESS wants to make sure it leverages both companies’ capabilities to try and make the sum of its parts add up to more. Although AxeSat and CETel have traditionally provided similar products and services, each company has strong capabilities, strategies and relationships that the other can leverage, according to Segovia. He cited the fact that both companies have a strong blue chip customer base, with very little overlap in terms of customers.

“We expect to leverage each companies’ relationships with key customers to grow with them in other regions. We see a significant spike in revenues but not in the short term,” he said. “We have a three- to five-year plan where we expect to increase the size of the combined company 3-4 times in that period. I see many challenges for the company going forward. I am not sure if they are unique for a CEO of global company, but for sure some of them are definitely new to me. The day-to-day challenge is managing a business with presence in two distinct regions, which clearly demand differentiation but at the same time we need to leverage each regions’ experience to make it a better combine whole.”

Segovia is bullish that service providers will continue to play a key role in the satellite industry. He says they are the companies that know how to serve the end customers.

“We have the capabilities to understand their needs, design and support the solutions to satisfy those needs,” he said. “We see AXESS as one of the main players in that space, a company serving a range of different verticals but with differentiated value added services for our key verticals. It is also a company with global capabilities but not too big to lose its ability to respond to our customer needs and continuing to provide the best customer experience in the industry.”