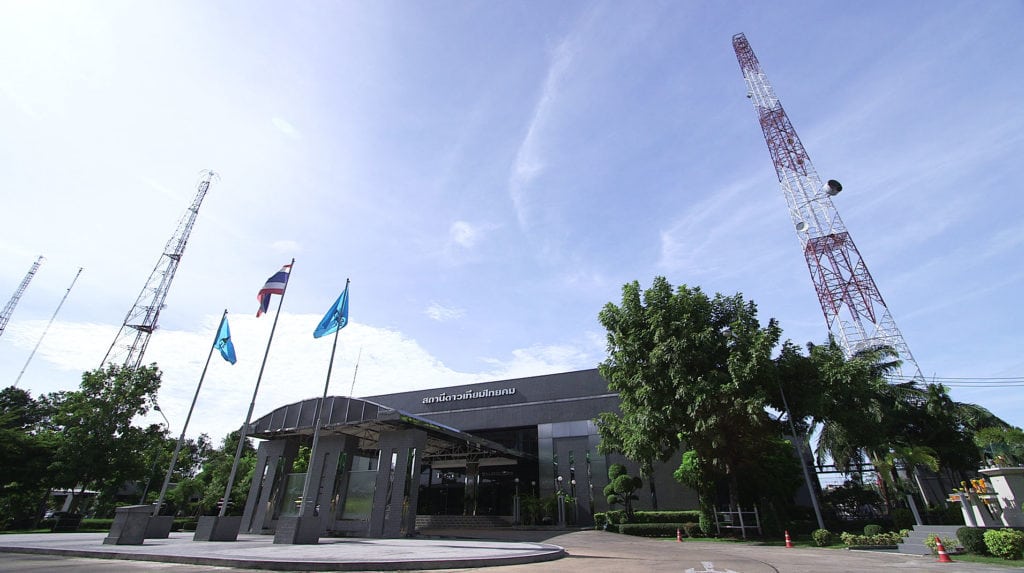 Thaicom had a difficult quarter with revenues falling in the three months to the end of June. The operator reported revenues $38.8 million (1.2 billion baht) — down close to 19 percent compared to the same stage last year, and nearly 7 percent from the First Quater (Q1) this year. Thaicom said this was due to reduced satellite utilization, as well as a special price adjustment for a major customer. The company’s net loss for the quarter was 4.36 million (135 million baht).

Analysts admitted that the operator struggled in the quarter. Chaiwat Arsirawichai, a satellite equity analyst at UOBKayHian, said in a research note that Thaicom’s results were “disappointing” and cited a high foreign customer churn as a reason for them. “We expect further downside risk to our 2019 earnings projection,” he said.

The poor performance in terms of broadband is particularly concerning. “Thaicom’s core profit saw a huge drop to Thai Baht 2 million in 2Q19, mainly due to lower contribution from Thaicom 4 broadband satellite which was impacted by high foreign customer churn on uncertainties over continued operations of satellites under concession; broadband satellite revenue hence declined by 15.1 percent quarter-over-quarter and 7.3 percent year-over-year in the second quarter. Broadband satellite services’ gross margin declined to 22 percent in 2Q19 from 27.3 percent in 1Q19 and 27.2 percent in 2Q18. Share of profit/loss on JV investments also tumbled, recording a loss of Thai Baht 13 million for 2Q19, from a loss of Thai Baht 5 million in 1Q19 and gain of Thai Baht 52 million for 2Q18, mainly due to high competition from mobile operators in Laos and also the impact of baht appreciation, which led to the drop in contribution from JV investments.”

Arsirawichai expects the challenges won’t go away overnight and that the operator will face a difficult end of year. He added, “Thaicom is still facing challenges from: a) slowdown in the broadcasting industry, b) the uncertainties relating to the continued operation of satellites under concession and high customer churn rates, and c) lower fee income due to the ‘Must Carry’ obligation, of which’s impact will be felt from 2H19 (we estimate an impact of around Thai Baht 90 million/year for all seven channels).”

Signing new contracts will be key to addressing the slide. Arsirawichai pointed to the fact that the operator has signed new contracts with two new customers in Myanmar (Canal+) and Thailand (DTH) for broadcasting services and two new customers in the Philippines (WIT wholesales bandwidth) and Japan (KDDI) at the end of last year. “For 2019, Thaicom expects to sign a new contract with India’s IndusInd Media & Communications Ltd (IMCL) for an additional transponder on the Thaicom 5 satellite (contract signing expected within 3Q19). Also, Thaicom signed an additional 806 Megahertz (MHz) bandwidth service agreement for a two-year period with India’s Antrix. The total bandwidth leased in India is 2,293 MHz,” he said.

Prasit Sujiravorakul, a satellite equity analyst at Bualuang said in a research note that the year-on-year core profit tumble was led by lower conventional and Ipstar revenues, lower gross margins, higher Selling, General, and Administrative Expenses (SG&A) and a reversal from equity profit to loss (related to Laos Telecommunications). “Conventional satellite revenue tumbled 21 percent year-on-year (but rose 1 percent quarter-over-quarter) mainly due to the price reduction for TrueVisions in exchange with the extension of a long-term contract. Ipstar satellite revenue dropped 7 percent year-over-year and 16 percent quarter-over-quarter thanks to the utilization drop from the churn of foreign customers (Japan in particular) related to the uncertainty of Ipstar operation under concession.”

Anant Kaewruamvongs, CEO, Thaicom admitted the had been focusing on effective cost management to offset shrinking revenue. When talking about the investment in new satellites, Kaewruamvongs said Thaicom is in the process of performing a feasibility study to review the possibility of using foreign satellite licenses, while simultaneously pursuing licenses from the Thai Government. “We strongly believe that we can extend our know-how in satellite marketing and service operation to develop an effective public-private partnership for the future of the Thai satellite industry,” he said.