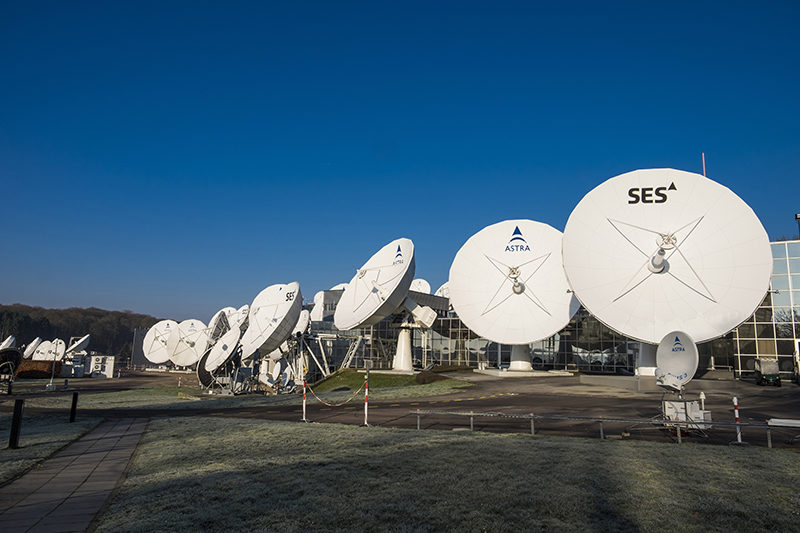 SES released its financial results for the three months ending March 31, 2019, and reported a 26.5 percent decrease in net profit in comparison to the same period in 2018. According to the release, revenue and EBITDA are in line with company exceptions and SES is on track to deliver on its 2019 financial outlook. Continued focus on execution has delivered wins in the Networks business which is soon to be enhanced with the addition of four new O3b satellites, which were launched at the beginning of April 2019.

“We have made a solid start to 2019 with our Q1 results fully in line with our expectations,” said SES President and CEO Steve Collar. “We have delivered another good quarter in our Networks business, building on an outstanding year of double-digit growth in 2018. Strong focus on cost control, along with the ongoing flattening and reshaping of our organization around our customers, is yielding positive results. Our recent customer success with Ritz-Carlton, our managed services expertise for unmanned civilian aviation with European Maritime Safety Agency (EMSA) and our cloud-enabling capabilities with Resolute Mining create unique value to our customers and sustain growth. In addition, the recent entry into service of SES-12 over Asia-Pacific and the announcement of a significant anchor customer in Indonesia with Teleglobal will help us to continue to outperform the market and to deliver on our 2019 outlook. We look forward to the entry into service in early Q3 of the four additional O3b satellites recently launched, completing the original constellation and paving the way for O3b mPOWER in 2021. Notwithstanding challenging market conditions in Video, SES’ reach continued to grow and we now deliver prime video content to over 355 million households or one billion people across our video neighbourhoods around the world. The recent deals we signed with Discovery, Nordic Entertainment Group, and Crown Media highlight our approach to partner with the biggest broadcasters to deliver the best services and viewing experiences anywhere to any device. In addition, we continued to expand our international footprint with new partnerships such as Benin and our growing technical reach in Africa, Asia Pacific and Latin America. In parallel, SES and its CBA partners continued to work closely with the FCC, content owners, cable operators and other engaged stakeholders to deliver a transparent, fair and agile adoption of 5G in the United States.”