AT&T and Time Warner: Reaction to US Mega Merger

In one of the biggest deals in U.S. media history, AT&T has been given the go-ahead to acquire Time Warner. Given that AT&T owns DirecTV, one of the largest satellite pay-TV operators, the deal has significant ramifications for the satellite sector given that AT&T now has huge presence across the U.S. media landscape. The deal also contains some eye-watering figures.

“Time Warner will be a positive for AT&T’s income statement, at least initially. But it will be a negative for the balance sheet. The new AT&T will carry an astounding $249 billion of debt (inclusive of operating leases and post-retirement obligations). If pro forma AT&T were a country, it would place 32nd on the list of highest total debt burdens, between Indonesia (at $335 billion) and the United Aarab Emirates ($220 billion),” Craig Moffett, founding partner at MoffettNathanson Research, wrote in a research note. 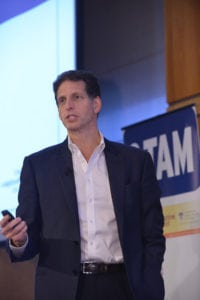 Moffett talks in detail about the impact the DirecTV acquisition has had on the overall AT&T business. He said that, when the telecom company bought the satellite Direct-to-Home (DTH) operator, AT&T made clear it understood it was buying its way into a pay-TV business that would eventually begin to decline. “Well… it has,” Moffett writes. “They [AT&T] have since conceded that the decline is faster than they expected.”

Moffett however believes AT&T has exacerbated the problem with two other stated strategies. “First, the company has embraced a strategy of bundling a satellite video product with broadband and wireless. The plan was to grow economic value through lower churn. Second, they have actively promoted the growth of [Over the Top] OTT video (DirecTV NOW), often at the expense of DirecTV’s linear offerings,” he said. “Unfortunately, bundling has amounted to little more than discounting, impairing both revenue growth and margins. And the OTT strategy has only accelerated the decline in revenue and margins, replacing high ARPU/high value customers with low ARPU/profitless ones. Three years after the deal, the toll these twin strategies has taken on the business is reflected in the company’s consolidated results.”

But, Moffett believes the problem is more than just with DirecTV. “AT&T’s linear satellite video business is now contracting sharply, with DirecTV’s subscriber base declining 3.3 percent Year-on-Year in the last-reported quarter, and their total linear TV base, inclusive of U-verse, down 4.4 percent,” he added. “With the growth of DirecTV’s OTT service, DirecTV NOW, ARPUs have begun to fall as well. But the problem is more than mix alone. Linear video pricing, facing the pressure of much cheaper OTT alternatives, has slowed, and ARPU growth has stalled as customers trade down to skinnier traditional packages.”

Moffett describes Time Warner as “an enormous acquisition” for AT&T. He points to the fact that even after the decline in AT&T’s stock price over the past year which has lowered the effective price being paid for Time Warner, the acquisition will have cost AT&T more than $100 billion (including Time Warner’s debt and the past 18 months of interest paid on the bridge loans first drawn more than a year ago). He adds that it is a testament to just how large AT&T has become that even an acquisition as costly as this one will only account for about 15 percent of revenues for pro forma AT&T. “And yet, despite its relatively modest share of the portfolio overall, the acquisition of Time Warner completes an extraordinary transition for the company. Five years ago, AT&T was purely a telecommunications operator, split about 50/50 between wireless and wireline. Today, AT&T is nearly as much an entertainment business as it is a wireless or wireline one; simplistically, the business can be thought of as one-third wireless, one-third wireline, and one- third entertainment,” he said. 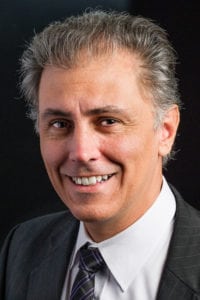 Carlos Placido, senior analyst at NSR, says his firm’s reaction to the deal is “multi-faceted.”

“The sheer size of the merger raises eyebrows but should come as no surprise, being a new example of an accelerating progression where traditional ‘platforms’ become less relevant in favor of retail reach, scale, branding and consumer preference for bundled services, which define who owns and bills the consumer,” he said.

Placido believes more Mergers and Acquisitions (M&A) activity and vertical integration of access and content businesses appears inevitable, not only because of the domino effect of large M&A deals but also because matured markets have reached saturation in penetration levels for wireless, pay-TV and internet. However, he thinks a merger of this size with no conditions, in the context of recent modifications to Net Neutrality, is worrisome because it could mean fewer choices of high-quality content to consumers and a competitive access market modulated by prioritization agreements.

“With cord cutters, non-linear viewership and mobile streaming being irreversible trends, one has to think about how AT&T could play with internal ‘subsidies’ across its media and access properties (wireless, fixed and satellite) that could result in non-competitive behavior,” he said.

The deal could also be a pointer to other trends going forward in North America.

“Looking a bit beyond the telecoms and media industry, one can consider this merger as perhaps the best example of how big of a threat internet giants have become to even the largest telcos, mobile carriers, programmers and Mobile Service Operators (MSOs). There is increasing concern about the size and power of companies like Amazon, Google, Facebook, Apple and Netflix,”Placido comments. “As an example, Amazon — in different and creative ways — is also said to leverage cross-sector subsidies to grow. NYU Stern professor Scott Galloway and other experts have been raising awareness of how Amazon is benefiting from its profitable AWS cloud business to subsidize growth in other business units, allowing it to become more competitive and larger in content and retailing, pushing smaller players and retailers out of business.”