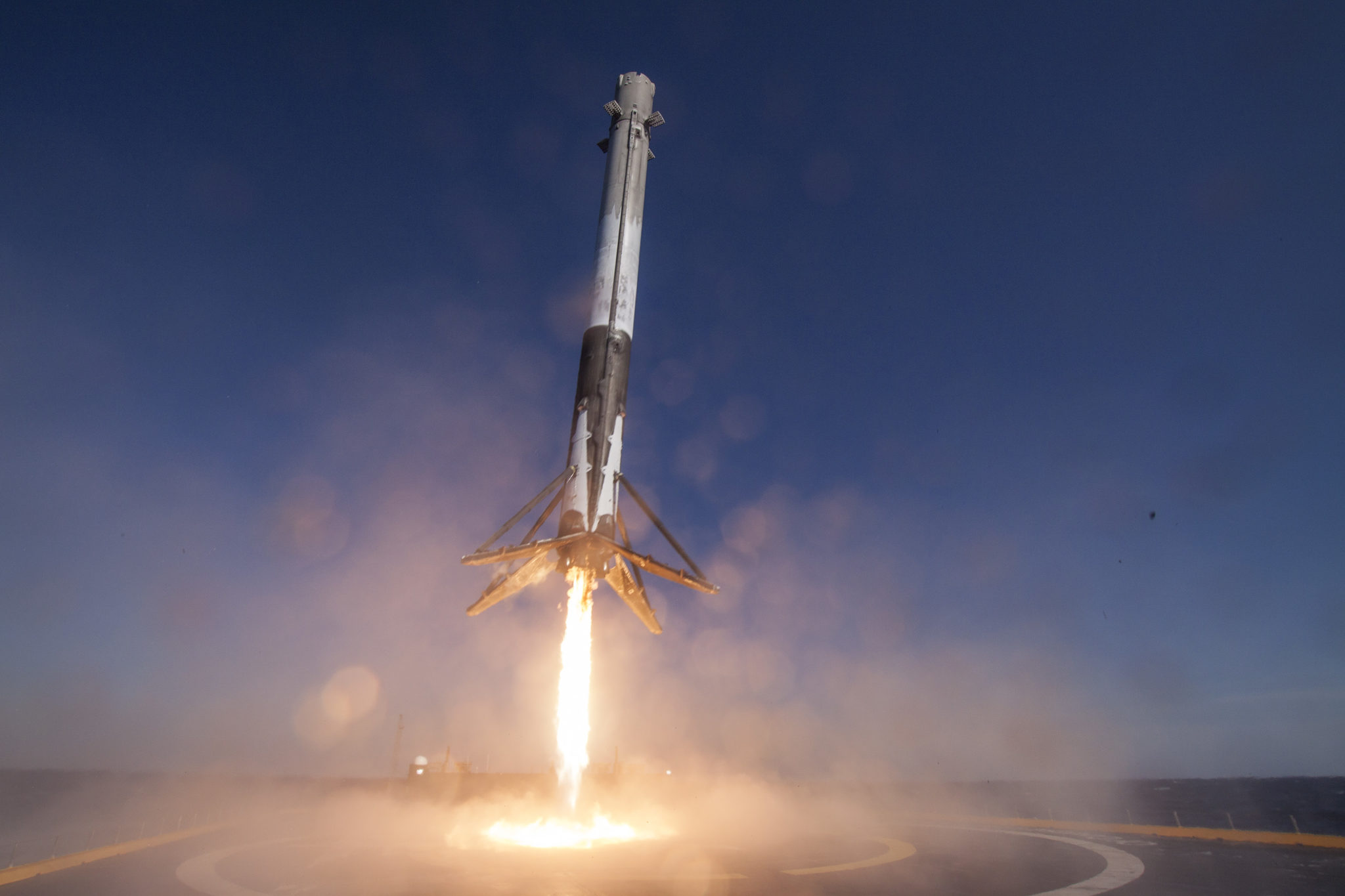 [Via Satellite 08-30-2016] SES and SpaceX have reached an agreement to launch SES 10 on a previously flown Falcon 9 orbital rocket booster later this year. The mission is currently scheduled for the fourth quarter of 2016 to put the satellite on its way to geosynchronous orbit for telecommunications services over Latin America.

“Re-launching a rocket that has already delivered spacecraft to orbit is an important milestone on the path to complete and rapid reusability,” Gwynne Shotwell, president and Chief Operating Officer (COO) of SpaceX, said in an Aug. 30 press release.

SpaceX previously announced intentions of reusing a rocket with a commercial customer earlier this year at the SATELLITE 2016 Conference & Exhibition. Elon Musk, CEO and chief designer at SpaceX, made similar comments in a NASA press conference this spring following the landing of the company’s second booster after launching a Dragon capsule to the International Space Station for the Commercial Resupply Services 8 (CRS-8) mission. SpaceX tweeted Aug 30 that the SES 10 mission will use that same booster from CRS-8. The NASA mission delivered roughly 3,200 kilograms, or 7,000 lbs of cargo to the ISS in Low Earth Orbit (LEO).

SES was the first commercial satellite operator to launch with a SpaceX Falcon 9 in 2013. At the time, SES Chief Technology Officer (CTO) Martin Halliwell described the mission, which was for SES 8, as “the most important launch in the commercial arena, certainly since 1996.” The year 1996 is when SES became the first company to launch a commercial satellite aboard a Russian Proton rocket. The satellite operator is now again entrusting SpaceX for another “maiden flight.”

“We believe reusable rockets will open up a new era of spaceflight, and make access to space more efficient in terms of cost and manifest management,” Halliwell said in an Aug. 30 press release. “This new agreement reached with SpaceX once again illustrates the faith we have in their technical and operational expertise.”

SpaceX has now landed six Falcon 9 first stage boosters. The missions Orbcomm 2, CRS 8, JCSAT 14, Thaicom 8, CRS 9 and JCSAT 16 all successfully landed either on land and or on droneships out at sea after delivering their payload to orbit. Speaking Aug. 9 at the Small Satellite Conference in Logan, Utah, Shotwell said the returned rockets are coming back in “surprisingly good shape.” She said the brown or grey color of the landed rockets is not damage but just soot, and described the inner stage of the rocket as “shiny” and in “pristine health.”

Shotwell said SpaceX has rockets firing almost everyday at its McGregor, Texas test site. The company released a video of the booster used for Sky Perfect JSAT’s JCSAT 14 mission, which she said was “the most beat up during reentry.”

Shotwell said the company would “run as many tests on this stage as we can pull off in between doing the production missions that we have to go test on that stand, and hopefully we will get to more than four but maybe eight to 10 of these before we go ahead and refly.”

“The due diligence the SpaceX team has demonstrated throughout the design and testing of the SES 10 mission launch vehicle gives us full confidence that SpaceX is capable of launching our first SES satellite dedicated to Latin America into space,”
said Halliwell.

SES 10 will be positioned at 67 degrees west, pursuant to an agreement with the Andean Community (Bolivia, Colombia, Ecuador and Peru), and will be used for the Simón Bolivar 2 satellite network. With a Ku-band payload of 55 36MHz transponder equivalents, of which 27 are incremental, the multi-mission spacecraft replaces AMC 3 and AMC 4 at that location, while also bringing additional capacity to Mexico, Central America, South America and the Caribbean.

Airbus Defence and Space is building SES 10 based on the Eurostar E3000 platform. The satellite will use a hybrid propulsion system consisting of electric plasma propulsion for on-orbit maneuvers and a chemical system for initial orbit raising and some on-orbit maneuvers. The satellite is designed to provide Direct-to-Home (DTH) broadcasting, enterprise and mobility services.

In April 2014 Musk said the first stage makes up approximately 70 percent of the Falcon 9’s launch costs. As the company continually improves on reusability, he said the cost savings stemming from salvaged boosters could ultimately result in a “hundred-fold improvement” in the cost of access to space. This month in Utah Shotwell also hinted that SpaceX might launch more than one commercial customer with a “flight proven” booster by the end of the year.