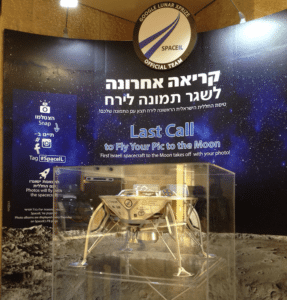 [Via Satellite 06-09-2016] Moon Express and SpaceIL are the only two Google Lunar Xprize competitors to have produced the verified launch contracts required to stay in the $30 million contest beyond 2016. A third competitor, Astrobotic, promises to have a launch contract secured by the end of the year. Company CEO John Thornton said June 9 that, once Astrobotic fills its manifest, it will secure a launch contract, likely with SpaceX. He said he was considering secondary options from other launch companies, but declined to provide specifics. He also declined to say how close he was to filling his manifest, but that Astrobotic has 10 deals toward “mission one” and is still booking payloads.

Google Lunar Xprize is a contest with $30 million in prize money for teams able to land a privately funded rover on the moon, travel 500 meters and transmit back high-definition video and images. The competition is also a race as the first team that successfully completes this mission will be awarded the $20 million grand prize. The second team will be awarded $5 million.

Missions must be completed by the end of 2017. Sixteen teams from all over the globe are participating in Xprize, which was created in 2007 to incentivize space entrepreneurs to create a new era of affordable access to the Moon and beyond. Google is awarding the prize money in an effort to foster a new space economy of innovation and entrepreneurship through low-cost, efficient access to the Moon.

Moon Express bought three launches starting in 2017 on Rocket Lab’s Electron rocket, which has not flown. Two launches are set for 2017 with a third slated for a later date, according to an Xprize statement. Moon Express can either launch from Rocket Lab’s private launch range in New Zealand or from a United States range.

SpaceIL is flying on a SpaceX Falcon 9 with a mission scheduled for the second half of 2017, according to an Xprize statement. SpaceIL purchased launch services from Spaceflight Industries, an American space company that last year purchased a Falcon 9 launcher, and will manifest SpaceIL’s spacecraft as a co-lead spot.

Astrobotic is receiving help from a couple of big space prime contractors. Thornton said Aerojet Rocketdyne is contributing thrusters, while Airbus said it is providing engineering support to the company’s Xprize effort. Astrobotic’s spacecraft is called Peregrine, a 1.5-meter tall and 2.5-meter wide lander that provides flexible payload mounts. Thornton said Peregrine becomes the local utility once it lands on the Moon, providing power and communications for the payloads that fly with the vehicle.

Moon Express founder and CEO Bob Richards told Via Satellite’s sister publication Defense Daily June 7 that the company is now creating the flight version of its lander, a vehicle that features a solar panel, payload and pressurant tanks on top of toroidal tanks that resemble an inner tube. The lander, known as MX-1, synthesizes proprietary robotic technologies, advanced micro-avionics and its toroidal structure to produce a “green” robotic spacecraft powered by sunlight and hydrogen peroxide.

Moon Express believes, with the recent discovery of water on the Moon, the MX-1 has a potential source of rocket fuel that could be revolutionary in the economics of lunar resources and solar system exploration. Richards said Moon Express has taken over a launch facility at Cape Canaveral Air Force Station, Fla., where it will develop its next generation of rocket engines and perform flight tests.

SpaceIL is using cutting-edge nano and microsatellite technologies to build a spacecraft that it says is about the size of a dishwasher. The team developed the idea of a space “hop” in which the spacecraft lands on the surface of the Moon and then takes off again with the fuel left in its propulsion system. Then it will perform another landing 500 meters away. By using the hop concept as opposed to a rover, SpaceIL believes it can conserve mass.

Richards said Moon Express has already raised $30 million for its Xprize offering and is seeking another $25 million in a C-round of financing, having already raised money in A- and B-rounds. He said the extra money would build the flight vehicle, pay for the rest of the rocket and for the launch to the Moon. Richards said Moon Express has not received any investment from prime contractors, though he is open to that, but also hasn’t pursued them.

Richards said most of the funding for Moon Express’ Xprize offering has come from high net worth individuals with some venture capital money. He said most of his investor based is locate in Silicon Valley.

This story was originally published on Defense Daily, a Via Satellite sister publication covering the global defense market intelligence in land, sea, air, and space initiatives.