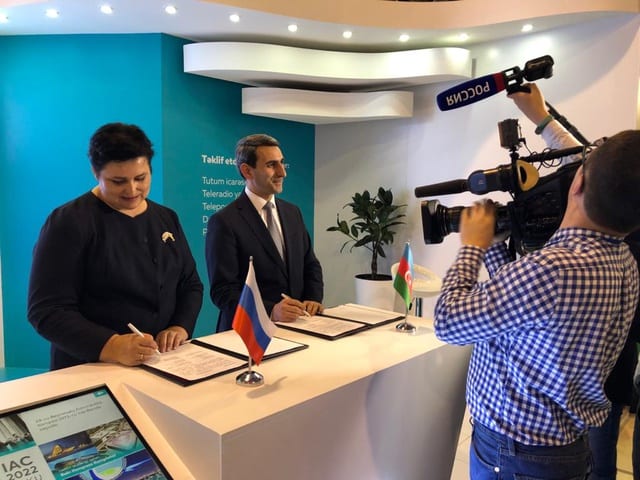 The two partnering operators will utilize satellite assets, including the Azerspace 1, Azerspace 2, as well as RSCC’s Express AM series satellites, to provide coverage. The services will connect networks for a variety of economic and public administration sectors in Europe, the Middle East, Africa as well as in Russia and Azerbaijan.

“This agreement is a reasonable continuation of the strengthening of trade and economic relations between Russia and Azerbaijan, and its execution derives from the current situation in the global satellite market. It is especially noteworthy that our partnership goes well beyond purely regional cooperation in the Caspian Region. RSCC and Azercosmos have been successful for many years in the markets of Europe, the Middle East, and Africa. The amalgamation of efforts of the two national satellite operators also opens up the potential for a new page in Russian-Azerbaijani cooperation, namely the creation of a joint export application for foreign consumers,” RSCC Deputy Director General Kseniya Drozdova said in a statement.