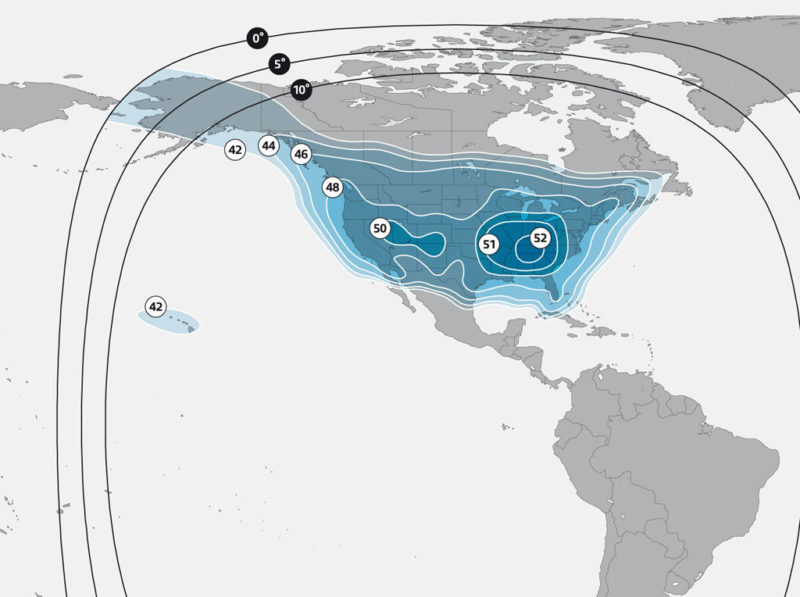 Olympusat, an independent media company specializing in the ownership, distribution, production and technical services of Spanish and English-language networks, announced it is moving its network program services to the SES 1 satellite at 101 degrees west on Nov. 30.

At the moment, Olympusat transmits 35 High Definition (HD) and Standard Definition (SD) TV networks over transponders 19 and 20 on the Intelsat Galaxy 23 (G 23) satellite at 121 degrees west. Intelsat will over time relegate the satellite to a back-up, making it no longer available for Olympusat’s transponders.

Olympusat started a dual illumination period to both G 23 and SES 1 transponders in early September, meaning it is transmitting both analog and digital terrestrial TV signals. This dual illumination period will end on Nov. 30. Therefore, all downlink sites must make this satellite change before Nov. 30 in order to receive the Olympusat’s network program services.

According to Olympusat, there will be no changes necessary with respect to the satellite receivers that operators are currently using to downlink Olympusat’s network program services. The operations team will only need to adjust the satellite and transponder frequency, and reauthorize for some specific transcoding Integrated Receivers/Decoders (IRDs).