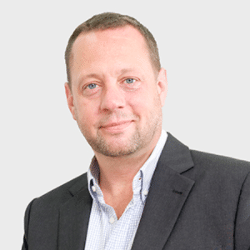 The Cable and Satellite Broadcasting Association of Asia (CASBAA) announced that, following five years of service as Chief Executive Officer (CEO), Christopher Slaughter will step down effective Dec. 31. Slaughter will continue as CEO through the remainder of the year while a search is carried out for his successor.

Slaughter was appointed CEO of CASBAA in October 2012, and had previously served as convention director in 2004. Before joining CASBAA, Slaughter held leadership roles in global and regional production, research, and news organizations including APV, The Yankee Group, CNBC, and Asia Business News.

“The Board deeply appreciates Chris’ stewardship of the association over the past five years. He has spearheaded structural reform of the organization, created new events, and delivered on CASBAA’s aim to represent, inform, and connect its membership. We are grateful for his service to the membership and the industry,” said Joe Welch, chairman of CASBAA’s board of directors.