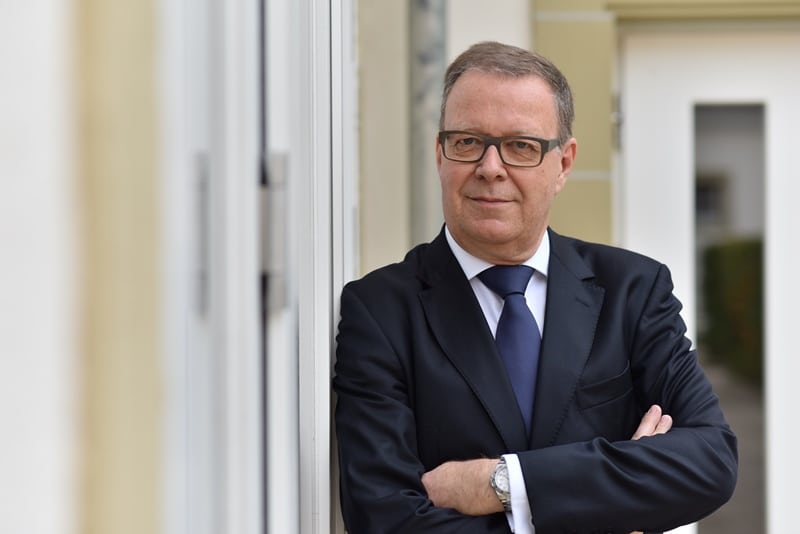 There is no doubt that BSkyB’s announcement to launch a “dish-free” pay-TV service in the U.K. in 2018 created a little bit of a stir. But, according to SES’ Chief Commercial Officer, Ferdinand Kayser, satellite will remain as important as it ever did in the overall broadcast ecosystem. Kayser told Via Satellite that OTT “is not at all a threat” since it is not an infrastructure, but just a certain layer of video delivery, which is addressing specific customer needs. He said all of SES’ studies and customer conversations show that OTT is not competing with satellite in the viewer’s airtime but is complementary to it.

“People watch high quality TV on their large screens while they use complementary offers, including on-demand services, on other platforms and alternative screens. The proof of the continuous success of our satellites is in the numbers: European video business continues to grow,” he added. “The number of HD channels on SES is the highest ever, and our technical reach is ubiquitous unlike IP, cable or even terrestrial digital television. Satellite continues to offer compelling advantages to broadcasters for distribution to the widest possible audiences. Universal coverage, consistent bandwidth and a highly cost-efficient distribution remain the reason why satellite distribution is often favored over terrestrial solutions.”

BSkyB’s latest initiative is not a signal that SES should be unduly worried. “It is clear to us that this offer is not aimed at pulling subscribers from satellite onto another infrastructure; that would not be economically viable. The new offer is entirely complementary to the large satellite based offer. We are talking about a small fraction of the total of 27 million TV households in the United Kingdom,” said Kayser.

Kayser however did admit that OTT is a facet of pay-TV in the large portfolio that pay-TV players want to make available today, but he believes they will continue to rely on satellite as a highly efficient, reliable and performing infrastructure.

The United Kingdom is one of the most dynamic pay-TV markets in Europe, and BSkyB has often been seen as a leader in bringing new services and ideas to market. Kayser believes that satellite has an “undisputedly strong position” and points to the fact that in the United Kingdom, 44 percent of all households receive their signals via satellite. He does not expect the status quo to change.

“This is by far the largest and most important TV infrastructure, and this will not change. The trend that we see here is a diversification of the video offer: people want to use different screens and different forms of consumption at the same time. We are optimistic about this development since it will help us to further leverage our assets that we invested in. These assets are — since quite some time — not only satellites but full broadcast capabilities and entire networks, with space and ground infrastructure elements, including uplinks, gateways, playouts, OTT and on-demand platforms and services,” he said.

Kayser also highlights satellite’s “enormous” potential and points to the fact that in mature markets like Europe and North America, the rollout of HD and Ultra-HD is providing much cause for optimism. SES reckons that HD will grow by 75 percent until 2019 in the developed markets alone.

“In developing markets, the digitalization and the household penetration of TV platforms often is still very low and therefore has a tremendous potential. Especially in these countries, terrestrial systems are often not envisaged since they are too expensive and satellite will remain the only infrastructure covering the entire country and allowing for a market-wide digitalization,” he added.

In terms of the demands for capacity in the broadcast arena, SES sees demand for satellite capacity and services growing across three layers and on three levels: geographically, from developing markets where the number of households and subscribers asking for video services is rising; in quality terms, with the success of HD and the beginning roll-out of Ultra HD; and on a B2B level, with broadcasters asking for more and more flexible and scalable, holistic delivery models, far beyond the procurement of pure and standalone satellite capacity.