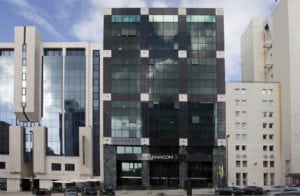 [Via Satellite 01-06-2016] Portugal’s subscription television signal distribution service had over 3.6 million subscribers at the end of the third quarter 2016, adding 159 thousand new customers over the space of a year, according to a Jan. 5 report released by Autoridade Nacional de Comunicações (ANACOM), the National Regulatory Authority (NRA) in Portugal for communications.

The growth in the service was mainly due to offers based on optical fiber, with an increase of 220 thousand subscribers over this period. Even so, cable remains the principal platform for subscription TV, representing 36.8 percent of total subscribers.

Vodafone was the provider that added the largest number of subscribers in the third quarter. About 3.2 percent of individuals aged 10 years or over subscribed to streaming-on-demand services, such as Netflix, Fox Play and Nplay.

As at the end of September, about 16.2 percent of homes with the subscription TV service had access to premium channels — an increase of 0.7 percentage points year-on-year — while 78.7 percent had more than 80 channels, an increase of 6.7 percent year-over-year.

Total revenues from the subscription TV distribution service for stand-alone and bundles that include the service, were reported at $1.4 billion, increasing 8.6 percent from the same period of 2015.