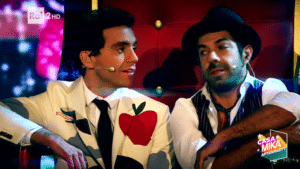 [Via Satellite 01-05-2016] Viewers in Italy of the Tivùsat TV platform, which broadcasts exclusively from Eutelsat’s Hotbird neighborhood, can access the full line-up of channels produced by Rai in High Definition (HD).

Rai YoYo, Rai School, Rai Gulp, Rai Storia and Rai News24 were the last of 13 Rai channels to transition to HD. Eutelsat completed the operation the week of Jan. 5 in collaboration with Rai Way, which operates the signal transmission and broadcasting network for Italy’s national public broadcaster.

Tivùsat was set up to ensure that everyone in Italy has access to free digital TV. Tivùsat’s full line-up now comprises over 100 channels, of which 24 are in HD and 80 in Standard Digital (SD), plus 33 radio stations. The company reports that a total of 2.9 million Tivùsat smartcards have been activated.