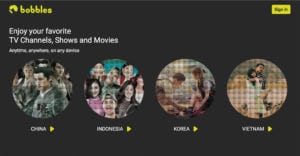 [Via Satellite 08-10-2016] Bobbles.tv, a newly launched pan-European pay-TV platform, has contracted SES capacity and MX1 services to launch a new global TV platform for expats in Europe. The entertainment service for international communities in Europe is launching with seven popular Indonesian channels offering linear content via Direct-to-Home (DTH) satellite broadcasting and/or the option for users to watch content at their own time using time-shifting and catch-up features via an Over-the-Top (OTT) platform. 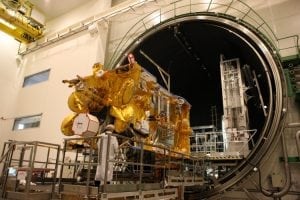 Bbobbles.tv will start by launching two content packages — Chinese and Indonesian — via Astra 5B at 19.2 degrees east, and expects to launch more Asian packages for Indian, Korean and Vietnamese communities during the second half of 2016. The company plans to reach the 14 million non-European expats and communities living in Europe, according to Arnold Kulbatzki, CEO of Bobbles. Bobbles.tv is driven by the Hamburg-based company bubbles media.