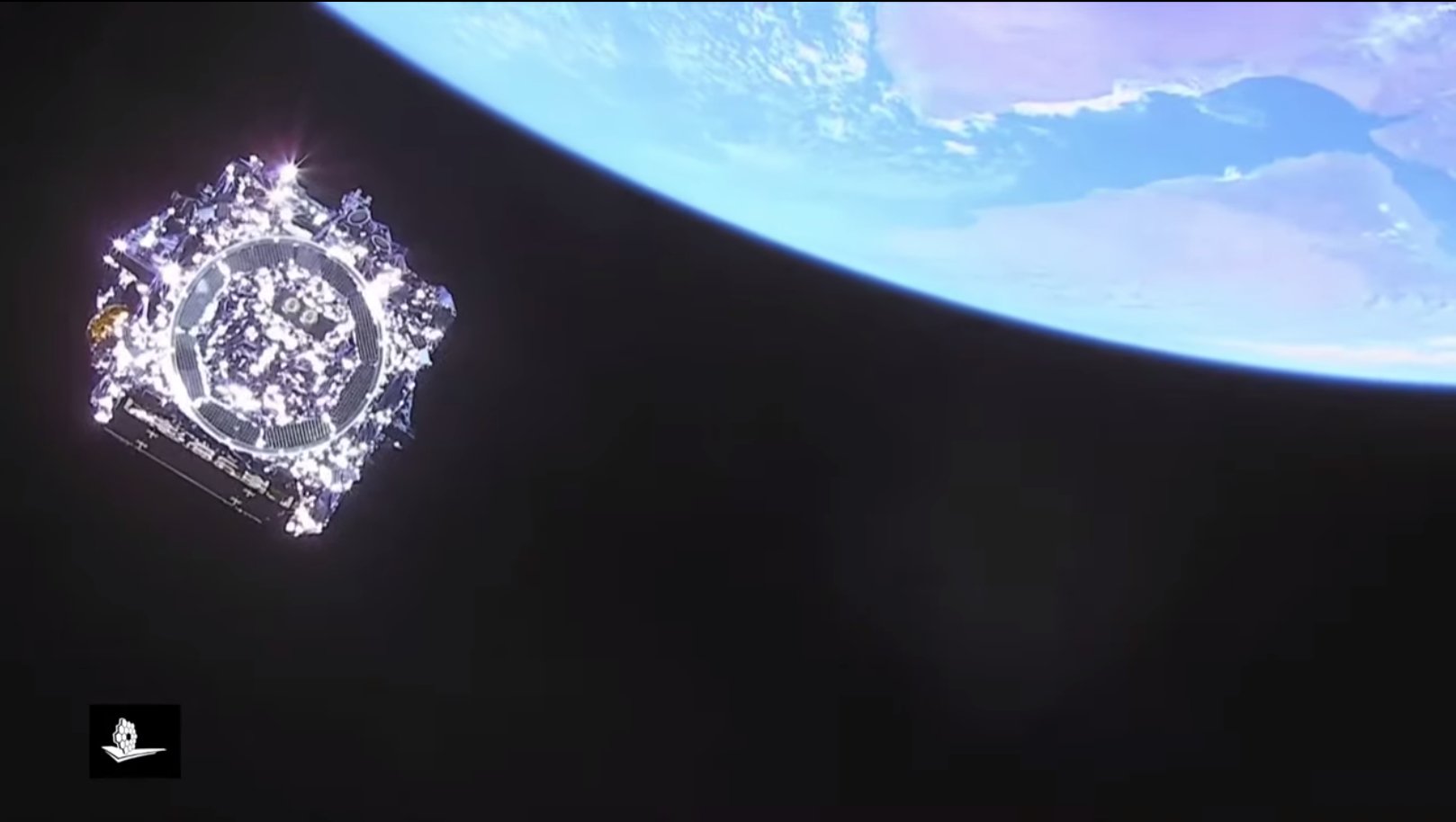 After spending 25 years in development, NASA and its partner organizations — the European Space Agency (ESA), and the Canadian Space Agency (CSA) — finally sent the James Webb Space Telescope (JWST) into space on Saturday.

The telescope, which will succeed the Hubble Space Telescope as NASA’s flagship astrophysics mission, rode to orbit on Arianespace‘s Ariane 5 ECA heavy lift two-stage rocket, which took off from Europe’s Guiana Space Center at 7:20 a.m. EST on Dec. 25. The launch itself was ESA’s main contribution to the JWST mission.

NASA reported that ground teams began receiving telemetry data from Webb about five minutes after launch. The observatory separated from the Ariane 5 rocket 27 minutes into the flight, at an altitude of approximately 870 miles. Approximately 30 minutes after launch, Webb unfolded its solar array, and mission managers confirmed that the solar array was providing power to the observatory.

Once operational, JWST will provide provide enhanced observation capabilities allowing NASA and civil space agencies to view some of the most distant events and objects in the universe, including the formation of the first galaxies, in higher resolution than the Hubble Telescope.

“The launch of the Webb Space Telescope is a pivotal moment – this is just the beginning for the Webb mission,” said Gregory Robinson, Webb’s program director at NASA Headquarters. “Now we will watch Webb’s highly anticipated and critical 29 days on the edge. When the spacecraft unfurls in space, Webb will undergo the most difficult and complex deployment sequence ever attempted in space. Once commissioning is complete, we will see awe-inspiring images that will capture our imagination.”

In an interview with Via Satellite’s On Orbit Podcast, world-renowned theoretical physicist Dr. Michio Kaku said JWST would, “change the way we think about life and the universe. We’ll have to rewrite most of the physics textbooks in existence.”

Development on JWST began all the way back in 1996 and its launch was originally planned to take place in 2007. Northrop Grumman was awarded the prime contract to build JWST. From the start, the JWST program was plagued by numerous budget, design, and construction issues that lead to delays and cost overruns and forced NASA to conduct a major redesign of the telescope in 2005.

NASA further delayed the launch of JWST after the telescope’s sunshield ripped during a practice deployment in 2018. By June 2018, NASA estimated that the total deployment cost of JWST would be $8.8 billion.

The logistics challenges created by the COVID-19 pandemic pushed the launch back further to 2022. The JWST launch was nearly pushed back into 2022 as issues arose during the spacecraft’s integration process with the Ariane 5 rocket.