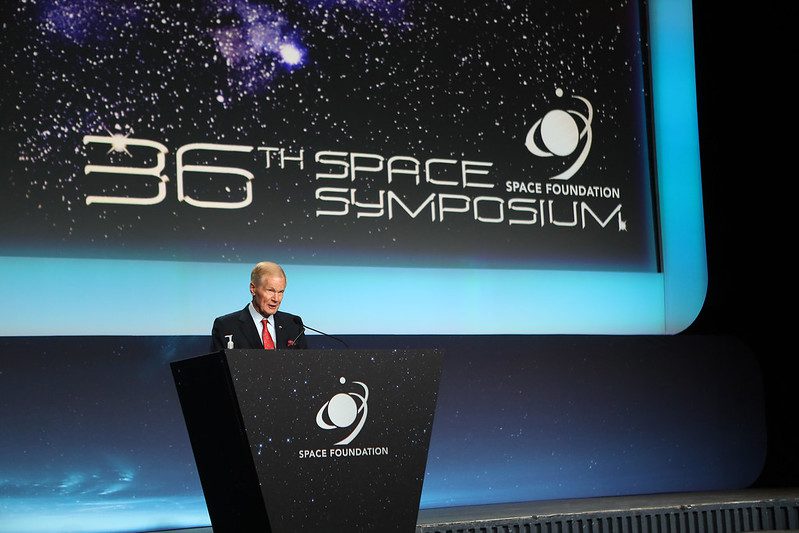 “NASA’s value is not limited to space,” Nelson said. “Think about NASA’s work to stop wildfires and address our changing climate. Over the past week, a thick plume of smoke from wildfires raging from the Pacific Northwest swept across the sky here in Colorado. As NASA, we will always look upward and push outward into the unknown. Central to our mission is protecting this planet. Right now, it’s the only one we inhabit.”

“It has the power to assist with water management in the West, telling users how much water is being consumed by agricultural crops,” Nelson said.

This software was announced in 2020 as a collaboration between the Environmental Defense Fund, NASA, the Desert Research Institute, and Google. The “ET” stands for evapotranspiration, the process by which water evaporates from the land surface and transpires from plants. It is an important water measurement for agriculture that can be tracked by satellites. The software will make methods of estimating evapotranspiration more accessible.

Nelson also spoke to NASA’s vision with the Artemis program to return to the Moon and subsequently, land astronauts on Mars — and to the challenges NASA has faced.

A recent report from NASA’s Office of Inspector General said that NASA’s astronaut space suits won’t be ready until April 2025 at the earliest, making the agency’s plans to reach the Moon by 2024 “not feasible.” In addition, Blue Origin has filed a protest over NASA’s Human Landing System award to SpaceX with the U.S. Court of Federal Claims.

“Space is hard. Multiple components are involved in its complex mission, like Gateway, a commercial Human Landing System, and a next-generation spacesuit. Our Human Landing System demo award has been held up by delays, and by litigation. The spacesuits, which for the first time will be built by our commercial partners, have been technically challenging. And COVID-19 has caused unprecedented disruptions in the supply chain,” Nelson said. “But remember back to what [President] Kennedy said at Rice University in 1962: ‘We choose to go to the moon in this decade and do other things, not because they are easy, but because they are hard.’ We can do hard things.”

Nelson has a long history of working on space priorities during his years in Congress, and is known for being the second member of Congress to travel to space. He was a payload specialist on a Columbia Space Shuttle mission in January 1986.

The administrator considers himself part of the Apollo generation, and he spoke to the promise of the new Artemis generation.

“NASA’s 21st century lunar exploration program will make new discoveries, advance technologies, and show us how to live and to work in another world. For that to be possible, the space program needs a constancy. That’s why NASA must be a nonpartisan agency, and why the Artemis program has bipartisan support,” he said.

“For the first time in more than 50 years,” Nelson continued, “NASA will return humans to the Moon. We will go in a way that reflects the world today, with government, with industry, and with international partners in a global effort.”