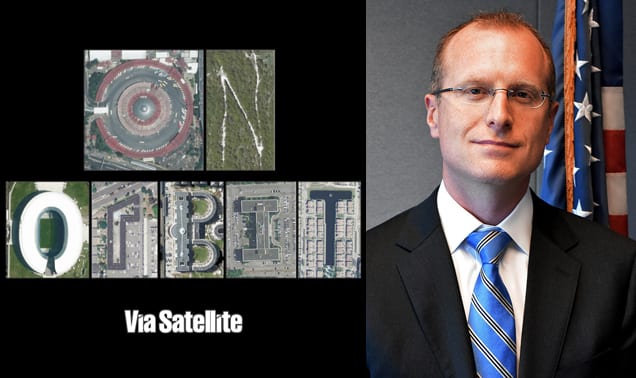 How important are precision agriculture and global food and water supply monitoring applications to our future? Via Satellite’s On Orbit podcast takes a look at the numbers: The world’s population will go from 7.5 billion to 9 billion people in 30 years. Because of this, American farmers alone will be tasked to increase food production by 80 percent to 100 percent over a very short period of time, and for purposes of sustainability, they have to use less seed, less land, and less water.

The only way farmers will be able to meet those expectations is through technology – space-based technologies, such as GPS, imagery and sensing, alongside high-speed connectivity, which is stunningly absent, even in the United States. It’s a monumental issue — perhaps the most important of our generation — and to discuss this issue, we’re honored to host U.S. Federal Communications Commission (FCC) Commissioner Brendan Carr, GPS Innovation Alliance (GPSIA) Executive Director David Grossman, and Jeff Jorgenson, director of the Iowa Soybean Association and owner and operator of one of Iowa’s largest soybean farms.

The episode begins with an introduction by On Orbit host Jeffrey Hill and GPSIA Executive Director David Grossman about the connectivity resources needed to power precision agriculture businesses. We then sit down with FCC Commissioner Brendan Carr to talk about the FCC’s new Precision Agriculture task force, and how high-speed connectivity can help American framers increase the efficiency of their day-to-day work, plan for the future, and most importantly, improve the sustainability of their businesses.

The episode concludes with an interview with Iowa Soybean Association’s Jeff Jorgenson, who tells us how farmers are learning about new precision agriculture technologies and how the farming community is interacting with technology providers — a conversation that includes a stunning revelation about the amount of interactivity with the satellite industry.

Listen to the Episode here:

Via Satellite has some exciting news to share about the future of the podcast! We’re thrilled to announce that we will be producing a special six-episode podcast series dedicated to bridging the global digital divide in partnership with Hughes. This six-part series, an extension of some of our most popular episodes, will dive deep into how connectivity fosters global economic equality, new small business opportunities, healthcare and education services to billions of previously unconnected people around the world. This series will kick off at the end of this year and into early 2020, running in the weeks between our regular bi-weekly episodes. We’ll have more news about our special Digital Divide podcast series in the next episode of On Orbit — stay tuned.