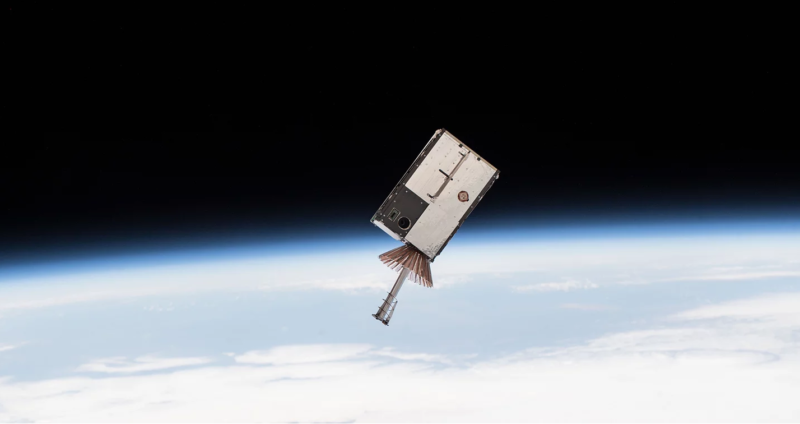 Connectivity to the ground is in short supply for today’s remote sensing satellites even as the data they collect from the Earth’s surface can predict extreme weather, protect ships from pirates, assess the health of crops, detect underground resources, and save lives by informing emergency responders where to go first in a disaster.

Circling the planet in Low Earth Orbit (LEO) every 90 minutes, these payloads have a very narrow window to download imaging data — given that 70 percent of the Earth is over water and not within range of a Radio Frequency (RF) ground station.

Using today’s existing ground infrastructure, these satellites may require multiple passes around Earth to get their valuable data down. For urgent asset tracking and emergency response applications, such delays could render the data irrelevant. As more of these constellations launch, each with increasingly powerful imaging tech on board, the problem intensifies.

Boston-based startup Analytical Space intends to fill in the connectivity gap with a new kind of data relay network — a series of cubesats circling the globe in LEO and equipped with optical communication links to enable laser-fast downlink.

“We are building a global network where at any point in orbit, a customer can offload an image to one of our relays, which can be rerouted through the network in near real time to get to the ground as fast as possible,” said Dan Nevius, co-founder and CEO.

The firm’s founders, Nevius and Justin Olivera, met at Harvard Business School, and soon found common ground — a passion for solving the bandwidth challenge in LEO. Both came to their startup with space sector and White House space policy experience: Olivera worked on NASA new technology development with a passion for cubesats and optical communications, while Nevius knew firsthand the challenges of remote monitoring in LEO as a project lead for asteroid mining company Planetary Resources.

They founded their startup in 2016, and now three years later, are poised for their second satellite demonstration launch this summer. The satellite will carry an experimental antenna design on board to test the ability to crosslink data between satellites. The satellite will test with partners spanning government, commercial and research missions, receiving data from satellites carrying data-intensive sensors such as hyperspectral cameras and Synthetic Aperture Radar (SAR).

“We plan to take this from technology demonstration test to actual operational capability in the next couple of years,” said Nevius.

The company has strong backing from two former high-level NASA officials on its advisory board. On the funding side, the startup got initial backing from Space Angels and flew its first demonstration on the International Space Station (ISS) with launch provided through the U.S. National Lab. Its latest funding comes from The Engine, MIT’s ambitious venture fund and incubator that focuses on “tough tech” — technology traditionally harder to finance with Venture Capital (VS) because its business model requires longer time horizons.

Affordable launch has been a huge enabler of their business, said Nevius, noting that one-third of their operational costs are launch. The ISS covered launch costs for their first experimental satellite. “Had launch been a larger cost, it could have put us out of the range to approach this commercially,” he said.

Analytical Space’s plan next is to launch the next batch of satellites into specific orbits that match initial customers’ orbits so they can begin to provide an operational service. Customers’ mission needs will define the size of the constellation they deploy.

“We built flexibility into our satellite to tune into the frequency band that our customers are transmitting in for downlink,” said Nevius. “We want our data relay satellites to appear like they are a ground terminal.”

Two, the company’s data relay network will operate in LEO, which will allow Analytical Space to do frequent technology refreshes as their satellites de-orbit and relaunch every few years. Three, the network will include an optical communications downlink capability. Nevius believes ASI can solve the technical challenges of tasking around cloud coverage and reaching high enough pointing accuracy to unlock the incredible throughput of optical communication and minimize the risk of signal interference that is inherent in using RF communication.

Cleary, the industry has embraced Analytical Space’s vision to solve the LEO downlink problem. “We’re building the connectivity infrastructure in orbit that will enable the next evolutionary step in humanity’s ability to perceive our planet and understand what’s happening on the surface,” said Nevius.