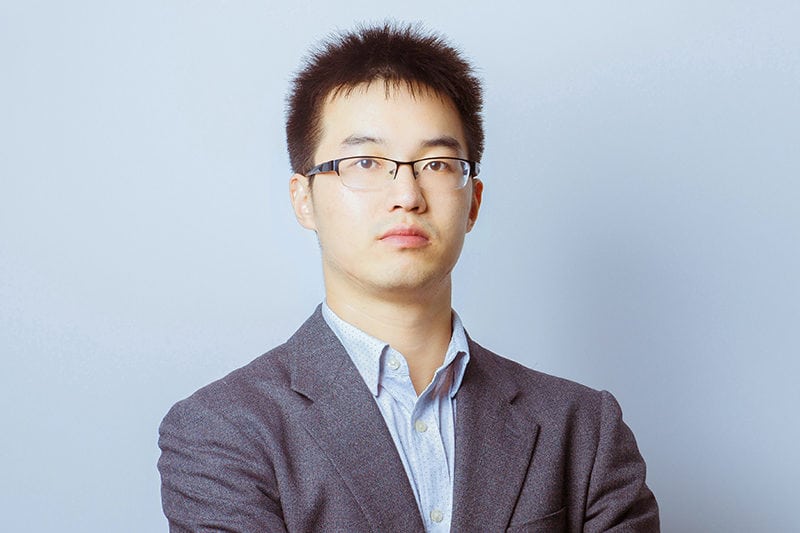 SpaceChain is another exciting newcomer to the space industry. The company is building an open-source satellite network, which aims to enable a next-generation infrastructure for the blockchain industry. SpaceChain Chief Executive Officer (CEO) Zheng Zuo told Via Satellite that the organization aims to explore the great potential of bringing the crowdsourcing model to the NewSpace industry. SpaceChain is leveraging blockchain technology as well as an advanced token model that allows consumers and businesses to collaborate on a collective and open-source platform. “We have built a real-time satellite operation system, SpaceChain Operating System (OS), that integrates with a Smart Contract platform (Ethereum Virtual Machine),” he added. “This OS is already open-source on GitHub. Having an open-source OS in the space industry will lower the cost of entry and encourage more developers to become part of the ecosystem. We are aiming to use this OS to bring more talent, develop more use-cases, and bring more business opportunities to the space industry.”

SpaceChain, which calls itself a decentralized space agency, hopes to partner with more Geostationary Orbit (GEO) operators moving forward. Zuo said the company is hopeful that it can work with a number of GEO operators, in addition to providing open-source technology to GEO satellites for a variety of applications.

While SpaceChain could work with some of the biggest GEO operators out there, there could also be plenty of opportunities in the Low Earth Orbit (LEO) sector. “As a startup, LEO, for us, seems to be the best choice so far. It is much cheaper and faster to test new technologies and concepts on LEO devices. In February 2018, along with our partners, we launched the first full blockchain node into space. We are planning to launch a couple more LEO satellites for proof-of-concept and proof-of-technology,” he said. “There are many companies that are proposing the idea of constructing a LEO satellite constellation to deliver full communications, however, there are many roadblocks along the way that need to be addressed including coverage, production, efficiency, latency, cost, frequency spectrum, and time to market.”

SpaceChain’s approach to building an open-sourced network is certainly a little different. Zuo admits the organization is envisioning an open-source standard for hardware, software, and communication protocols for LEO satellites. “Utilizing these protocols, we’d like to then build a multi-vendor, multi-jurisdiction, decentralized satellite network. Especially for the smaller satellite companies or space startups, this model makes more economic sense and is much more efficient. It would be a challenge for any individual company to fund a constellation of up to 2,000 satellites, but our technology and approach would allow us to facilitate a network of companies to contribute to such a constellation.”

So, what is next for SpaceChain? It is going to launch a couple more LEOs for proof-of-concept and proof-of-technology. At the same time, it is going to incubate projects that use SpaceChain OS to develop more use cases and businesses for the space industry. It has formalized a number of partnerships with organizations that are based in industries — such as space, blockchain, communications, and even media — to build applications on its OS, and are looking to bring more experts and partners on board, as well.

SpaceChain recently teamed up with Cloud Constellation, and the two companies will help enable services that combine the secure, global data storage and communications capabilities of SpaceBelt with applications based on SpaceChain’s open-source standard, SpaceChain OS. Services anticipated, but not limited to, include space-based cryptocurrency cold wallets and payment services that can be accessed by enterprise organizations, exchange operators and ultimately, mobile end users. “As cryptocurrencies and blockchain become embedded in the global economy, key infrastructure elements will be necessary in order to provide secure transactions and global connectivity. The combined technologies of Cloud Constellation and SpaceChain will enable us to offer significant innovation and security to the blockchain industry and bring more talent and resources to the space industry,” Zuo said.

Given how cybersecurity has become front and center of many major discussions in the industry, creating an open-source network would, in theory, lead to a number of cybersecurity concerns. “Cyber threats will be an issue to the satellite industry just like they are to the Internet,” Zuo said. “This is where our proposal of having an open-source, decentralized, and distributed satellite network may play an important role in the satellite business. If a satellite network is built by a single company, then the risk of cyber threats is dependent on this company’s ability to secure the network. On the other hand, if we can build this multi-vendor, multi-jurisdiction, decentralized satellite network, the risk will be distributed. We studied how Bitcoin’s distributed network was formed and how it incentivized individuals to set up nodes voluntarily in almost every country in the world, and we are applying this same principle to the space industry.”