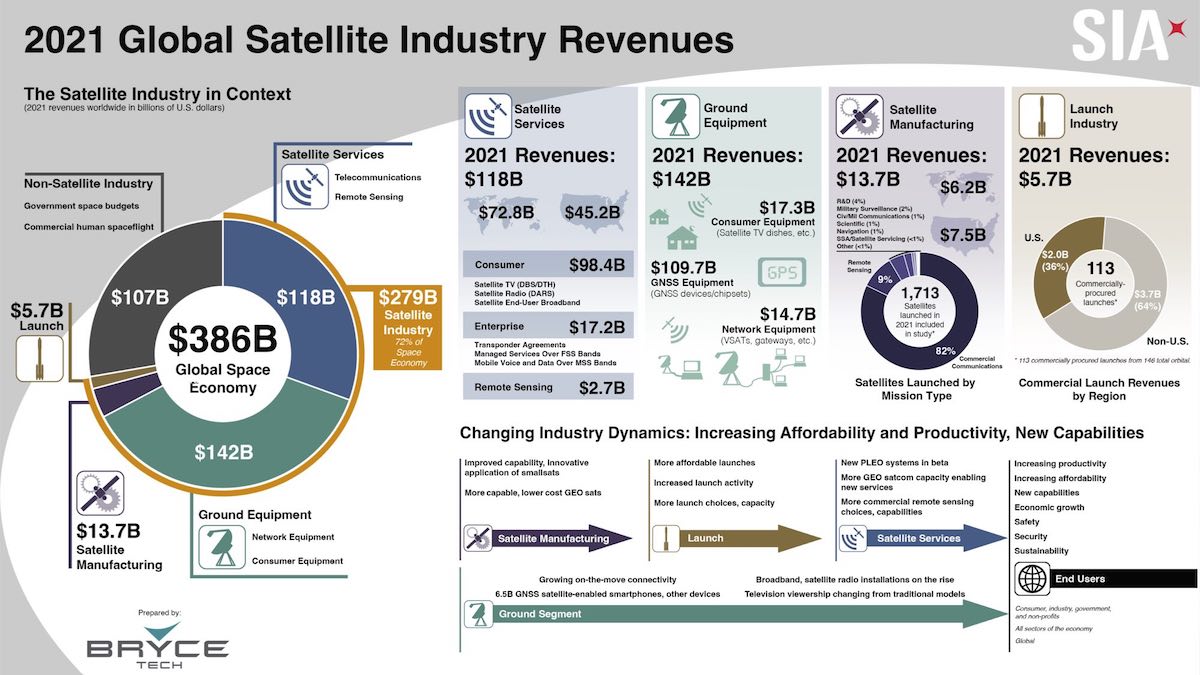 The satellite industry accounts for 72% of the world’s space businesses, accounting for $279 billion in revenue, a 3% increase compared to 2021.

Ground equipment is the largest segment in the satellite sector, totalling $142 billion in revenue in 2021, a 5% increase over the previous year. There are now over 6.5 billion satellite-enabled global smartphones in use. Sales for broadband terminals, global navigation satellite system (GNSS) terminals, and satellite radios are also on the rise.

Satellite services generated $118 billion in revenue in 2021, a slight increase of .4% over the previous year.

Although a smaller portion of industry revenues, satellite manufacturing grew 12% compared to 2020, to $13.7 billion in revenue. SIA attributed the growth to improved utility, satellite capability, and lower manufacturing costs.

“Over the past five years, record numbers of satellites have been deployed, costs to manufacture and launch have decreased while utility has increased – all leading to increased affordability, productivity and new markets,” SIA President Tom Stroup said. “Despite all these new benefits, we must not forget that only the satellite industry can deliver truly ubiquitous, high quality, reliable and often critical emergency space-based services that consumer, government and enterprise customers demand both at home and around the world.”