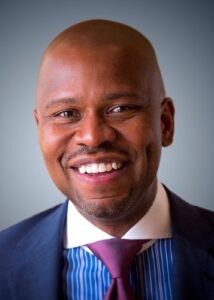 Boeing on Monday said that Leanne Caret, president and CEO of the company’s $26 billion Defense, Space and Security business, will retire later this year and be succeed by Ted Colbert, who runs Boeing’s services segment, effective April 1.

Colbert will be succeeded as president and CEO of the $16 billion Boeing Global Services (BGS) operations by Stephanie Pope, who is chief financial officer for Boeing’s Commercial Airplanes segment and previously was the finance chief for BGS.

Caret has led Boeing Defense, Space and Security since 2016, during which time the company won two critical multi-billion dollar defense programs, the Air Force’s T-7 trainer and the Navy’s MQ-25 aerial refueling drone. The company’s work on the Air Force’s new manned aerial refueling aircraft, the KC-46, is in production but continues to suffer from engineering and development challenges that have cost the program billions of dollars over the years.

Dave Calhoun, Boeing’s president and CEO, thanked Caret for her nearly 35 years of service with Boeing. Of Colbert, he said, “Throughout his career, Ted Colbert has consistently brought technical excellence and strong innovative leadership to every position he has held. Under his leadership, BGS has assembled an excellent leadership team focused on delivering safe and high-quality services for our defense and commercial customers. His leadership track record and current experience supporting the defense services portfolio ideally position Ted to lead BDS.”

Calhoun said that Pope has “has decades of wide-ranging business and financial leadership” and that her “experience in all aspects of BGS” gives her “deep understanding of the global services portfolio” and the segment’s customers.

Caret will remain as executive vice president and senior adviser to Calhoun to support the leadership transition, business continuity and talent acquisition efforts until she retires.

Jefferies aerospace and defense analyst Sheila Kahyaoglu said in a client note that Caret’s retirement had been “anticipated for some time” and that the appointments of Colbert and Pope to their new roles demonstrates Boeing’s “deep bench” of executive talent.