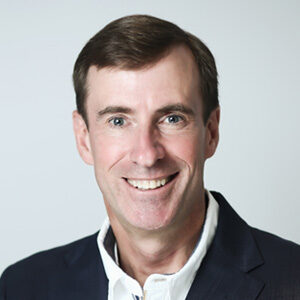 Mowry will lead revenue and sales operations for the company and its subsidiaries. He joins a rapidly growing roster of senior executive Voyager Space hires that most recently includes former Nanoracks CEO Jeffrey Manber joining as president of international business and space stations and former Airbus CEO Dirk Hoke joining its advisory board. Voyager closed an acquisition of Nanoracks and its parent company this past May.

“Clay is a proven industry leader, who has spent his entire career enabling the advancement of commercial space,” said Matthew Kuta, president and chief operating officer of Voyager Space. “In addition to having the highest values and ethos, we know Clay will have a significant impact on our future growth plans and strategic capabilities.”

Before leading Blue Origin’s global sales, marketing, and customer experience efforts, Mowry spent 15 years at Arianespace as its chairman and president, where he helped build the European launcher’s government business in North America. He is the founder and chairman emeritus of the non-profit organization Future Space Leaders Foundation and the incoming president of the International Astronautical Federation (IAF).

“Voyager is generating real momentum in the space industry and has proven that it is dedicated to leading the charge for the future of space exploration,” said Mowry. “I am eager to make my mark and join an incredibly talented group of industry peers to help scale the Voyager business in the years to come.”

Voyager has interesting ties to Blue Origin. Voyager Chairman and CEO Dylan Taylor was among the crew that flew into space on Blue Origin’s New Shepard NS-19 mission on December 11, along with Alan Shepard’s daughter Laura Shepard Churchley and NFL Hall-of-Famer Michael Strahan. Voyager is also working with Nanoracks on the NASA Starlab commercial space station development contract it was awarded alongside Blue Origin earlier this month.