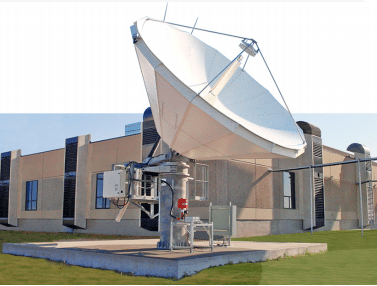 Communications & Power Industries (CPI) has completed its purchase of SATCOM Technologies, the antenna systems business of General Dynamics. The Friday announcement came a week after the U.S. Department of Justice (DOJ) said that it is requiring CPI to divest its ASC Signal Division in order for the company to proceed with its planned acquisition.

A CPI spokesperson said Friday the company is working to divest the ASC Signal business and the acquisition is in full accordance with CPI’s agreement with the DOJ.

The Justice Department said that without CPI’s divestiture of ASC Signal, there would be “substantially” less competition for large geostationary satellite antennas in the U.S. It says that the two companies are the only two “significant” domestic suppliers of the large antennas and that the U.S. Department of Defense (DOD) and other customers “prefer to avoid having foreign suppliers for components in the transmission chain for sensitive national security-related information.”

CPI’s deal for SATCOM Technologies was announced last August and was expected to close during 2019. Terms of the deal weren’t disclosed at the time but Justice Department documents say that the agreed purchase price is $175 million.

CPI said the newly acquired business, will be called CPI Satcom & Antenna Technologies Inc. and be owned and operated as a subsidiary of CPI. The business consists of approximately 1,000 employees, as well as facilities in the United States, Europe and India, and will work closely with CPI’s existing antenna systems businesses, CPI Malibu Division and Orbital Systems. The organization’s executive management team will remain in place and report to Andrew Ivers, CPI’s CCO.

“As recent events have shown, communications play an indisputably vital and necessary part of modern life, and satellite communications capabilities are more critical than ever. CPI remains committed to providing a broad selection of proven, reliable satellite communications products to meet the needs of commercial, government and military customers around the world, and this acquisition enables us to further strengthen our satcom product offering,” Fickett said.