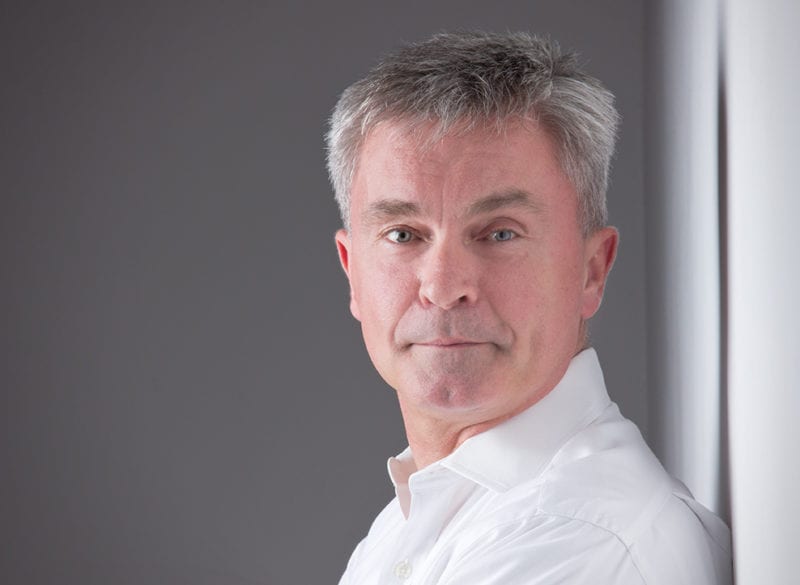 LeoSat’s ambitions to build a LEO constellation may not see the light of day now as Sky Perfect JSAT and Hispasat decided to pull back from in its investment in the operator. As a consequence, LeoSat’s top executives, including its CCO Ronald van der Breggen and CEO Mark Rigolle, have been let go. At this stage, you would have to say the odds of LeoSat’s constellation seeing the light of day now seem remote given the complexities of finding funding for such an ambitious satellite project. It could be the first high profile casualty of the LEO era. Mark Rigolle spoke to Via Satellite today to talk about the demise of LeoSat and whether it can actually rise like a phoenix from the flames.

VIA SATELLITE: What is the current state of play with LeoSat?

Rigolle: We are in the surreal situation that we have a demonstrated, commercially viable service, which we were planning to deliver. But, we have hit the end of the road in terms of funding due to a change of strategy of both strategic shareholders and a change of shareholding at Hispasat, it was decided not to pursue the investment, for reasons that have nothing to do with quality or lack of it on the part of LeoSat. That is a fait accompli. When I was in Paris last September, we were seeing what could be done to find replacement investors. It took us years to put together the group of Hispasat and JSAT. Both, in a matter of weeks, have fallen away. You don’t replace that in a few weeks. We have let people go to reduce the burn rate. We will see if finding new investment elsewhere is at all possible.

VIA SATELLITE: You used the term of ‘end of the road’ in terms of financing. Does that essentially mean that LeoSat is coming to the end of road full stop?

Rigolle: I know for a fact that the founders will not give up on the idea. The team members have not been paid the last months. They have effectively been fired. They need to get on with their lives. LeoSat as an idea, as a concept, is 200 percent convinced of the viability of the business model. The size of the investment for any constellation will remain a problem. There are plenty of constellation ideas. However, they are not falling over each other with announcements that they have raised billions of dollars. This has always been a problem.

In our particular case, if you look at the whole situation – the two shareholders had changing priorities. They were not happy about the fact it was not possible to run a competitive process, even though we had done some good work with other vendors. The fact that even before I joined LeoSat, Thales had made a filing on our behalf, was in hindsight was a big mistake. It became something they could use that made LeoSat a captive customer effectively. We had a clear path to getting our hands on the filing, but that was with TAS as prime contractor being the only scenario, which limits your ability to run a competitive process on the procurement side, which upsets potential investors and raises their antenna.

VIA SATELLITE: What is your own current position?

Rigolle: We have been all fired and are looking for new employment unless LeoSat is able to rise like a phoenix from its ashes. I believe in the concept of constellations, but not all of them. I definitely believe in the LeoSat one. I love this industry. I am looking forward to either continuing with LeoSat or finding alternative employment.

VIA SATELLITE: I was there at World Satellite Business Week and the consensus opinion was only two of these new LEO constellations would survive. Is it any surprise that we have our first high profile casualty?

Rigolle: I am not sure if that is the right question. I don’t believe in any of the direct to consumer LEO types of constellations. Firstly, there is no affordable ground equipment available and it does not look as though it will be there any time soon. You will have depreciating assets in the sky without having a way of delivering a service in an affordable manner. That does not seem a recipe for success. I have always been clear on that point.

I provided some help to Christian Patouraux when he founded Kacific, because I believe in residential broadband delivered from GEO. I will be very happy to go to the launch event next month. The cheapest way to get residential broadband into low income family homes in developing countries is GEO. Latency is not an issue. They are happy with what you can give them. There is lots of affordable ground equipment available. Consumer broadband via moving satellites – I just don’t get it.

Secondly, people seem to think there is a large market of people that live in isolated areas. It is simply not true. If you look at the dispersion of the global population, people live in a concentrated fashion. People live at the coast, along rivers, they live in fertile places of the world. If you are looking to invest to reach the few million people in the middle of nowhere, there is a good way to go about it. With GEO and with pointed beams, you can pin-point groups through different beams, but if you provide blanket coverage across the globe from LEO, you will be doing nothing for 70-80 percent of the time. I just don’t believe in that.

VIA SATELLITE: LeoSat is basically done isn’t it? Bar a ‘Hail Mary,’ this is the end?

Rigolle: The founders are not giving up. Most of the people on the team would rejoin if they could.

VIA SATELLITE: How are you dealing with all of this on a personal level? What are your future plans?

Rigolle: I feel like I have a lot of experience that I would like to continue to use. The one thing I find remarkable, if not upsetting about the industry, is that we seem to think about technical solutions first, and then only about markets as an afterthought. That is the wrong way to go about it. Ten years ago, when SES heard about O3b, the two things that SES did, was check the engineering behind it yes, but more importantly, the salesforce was tasked to talk to customers about it. Overwhelmingly, the response was that there was a market. SES got it the right way round. I find it appalling that not a single constellation except LeoSat has ever communicated about their customers. They talk about vertical segments, they talk about applications in vague terms, but there is no company that talks about this bank or this oil & gas company that has expressed interest through a letter of intent or so. It is not even a topic of discussion. It is madness when looking at these constellations. Whether it is “Old Space” or “New Space,” technology alone is not enough. At least LeoSat understood how to translate business requirements of real customers into a technical solution in order to contribute to their business success.