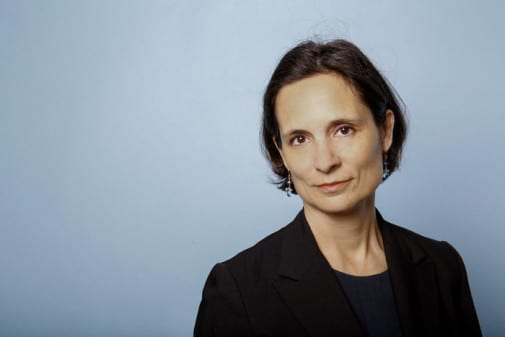 Eutelsat Communications appointed Julie Burguburu as Company Secretary of the Group and a member of the Executive Committee, effective tomorrow. Burguburu will oversee Eutelsat’s legal, compliance, regulatory and governance issues by heading the company’s teams in charge of these functions, and will be an important asset as the World Radiocommunication Conference (WRC) will take place in 2019. She will succeed Edouard Silverio, who has decided to pursue new professional projects beyond Eutelsat.

As a senior counsel member  to the French Conseil d’Etat, Julie Burguburu was, up until now, a State rapporteur to the Administrative Litigation Division. She has held several top management positions in the French State administration. From 2014 to 2016, she was Deputy Chief-of-Staff to Claude Bartolone, President of France’s National Assembly, then from 2016 to 2017, to Bernard Cazeneuve, in his role of Interior Minister and then Prime Minister.

“The appointment of Julie Burguburu to Eutelsat marks a new chapter for our Group and our top management,” said Eutelsat Chief Executive Officer (CEO) Rodolphe Belmer.  “In light of the increasing standards, laws and ongoing developments in the regulations related to compliance and governance, in a constantly changing industry, Julie’s contribution will be decisive in providing us with the support and guidance we need to carry out and accelerate our Group’s transformation. I would also like to express my gratitude to Edouard for his significant contribution to the success of our company over the past eight years.”