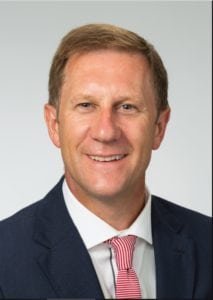 KVH Industries has announced that Mark Guthrie has taken a post as vice president for the Asia-Pacific region. Guthrie will oversee all KVH activities in the mobile connectivity market, covering maritime and the including company’s global mini-VSAT Broadband services.

“The maritime industry is in the midst of a digital transformation, and this region, with its busy ports, sees more commercial maritime traffic than any other part of the world,” says Guthrie. “KVH is committed to helping ship operators take advantage of the benefits of connectivity with new HTS products and subscription-based offerings.”

Guthrie joined KVH in 2013, and has held a variety of roles, most recently serving as vice president for global channel management. Guthrie’s extensive experience in the satellite communications and telecom industries includes roles held prior to joining KVH such as SES, BT (British Telecom), Europe Star and Verestar.

Guthrie will work out of KVH’s Asia-Pacific headquarters, located in Singapore.