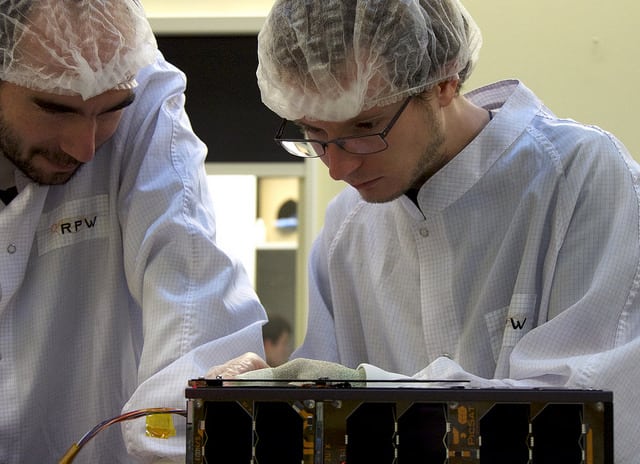 The Indian Space Research Organization (ISRO) is preparing its Polar Satellite Launch Vehicle (PSLV) for its 42nd flight on Friday, Jan. 12. The primary payload for the mission is India’s Cartosat 2 Earth Observation (EO) satellite, but it will also carry 30 co-passenger satellites when it lifts off from the Satish Dhawan Space Center (SDSC) at 9:29 a.m. IST (10:29 p.m. EST)

One satellite included in the mission is France’s PicSat nanosatellite, constructed of three 10-cm cubes. Developed by the French National Center for Scientific Research (CNRS), PicSat will demonstrate the capabilities of small satellites to observe exoplanet transits. PicSat will use its small telescope — just 5cm in diameter — to observe Beta Pictoris, a young star (23 million years old) approximately 63.4 million light years away from the Earth. CNRS hopes to capture one of its planets, called Beta Pictoris b, as it transits across the star between now and this summer. According to CNRS, by observing the transit astronomers hope to derive the exact size of the exoplanet, as well as the extent of its atmosphere and its chemical composition.