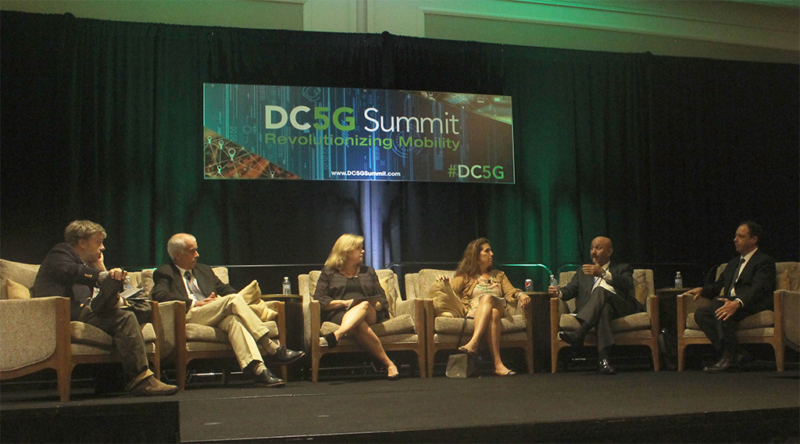 During a panel focusing on regulatory issues at the DC5G 2017 Summit yesterday, speakers from different industry markets stated that the only way to fund 5G deployment is to incentivize new players to invest in its rollout. Dynamic Spectrum Alliance (DSA) President Kalpak Gude argued that the Federal Communications Commission (FCC) must evolve its spectrum allocation policies to be more inclusive of new technologies and potential 5G participants.

“The cost of 5G deployment is looking like it’s going to be enormous,” Gude said — a figure that potentially scales into the hundreds of billions. “At the spectrum bands that we’re talking about it cannot be one entity or one set of entities building this 5G universe. It has to be a collection of different technologies and services.”

As Gude noted in a recent interview with Via Satellite, he believes regulators must shift away from the idea that spectrum is scarce simply because it is already allocated to certain carriers. “The reality is spectrum in most places is underused or unused. That creates tremendous opportunity to use spectrum in a different way,” he said.

Jennifer Manner, senior vice president of regulatory affairs at EchoStar, stated that despite the 5G “network of networks” catchphrase, the industry continues to disproportionately focus on mobile carriers, particularly when it comes to allocating resources such as spectrum. While she acknowledged that the industry probably cannot share in every band in the near-term due to some widely distributed services, she stated that there needs to be an “honest evaluation” of where and how operators are likely to deploy their systems. “Sharing should look at the physics of the frequency band and the services involved and provide something a little more realistic,” she said. “I think there’s a very strong favoritism to certain carriers in the industry.”

Jill Canfield, senior regulatory counsel at the National Telecommunications Cooperative Service (NTCA), said that the FCC must ensure rural telco providers are able to participate in the 5G ecosystem as well. One solution, she suggested, would be maintaining small license areas rather than mandating the larger (and sometimes prohibitively expensive) license territories that exist in the cellular world. “One of the problems that we’ve seen with going to these larger license territories is that it plays into certain business models. It doesn’t allow for the full spectrum of the different users in the band because the larger the license territory the more expensive the license becomes,” she explained.

Canfield warned that if smaller telco providers are locked out of the 5G experience due to restrictive policies, rural areas will continue to lag when it comes to reliable connectivity services. “My fear is that as we move forward with these new policies and rulemaking, that a lot of this is going to exacerbate the divide between what’s available in rural America and what’s available in urban America,” she said.

According to Iyad Tarazi, Chief Executive Officer (CEO) of Federated Wireless, the biggest concern around 5G is the lack of “killer” use cases that will provide the massive Return on Investment (ROI) 5G deployment will necessitate. To fetter out new applications and profitable business cases, Tarazi echoed the other panelists in urging the FCC to consider new entrants as it develops new licensing models.

“The number one challenge for 5G is business applications that will generate revenue. If you go back to 3G and 4G it was the iPhone. What is that for 5G?” Tarazi said. He highlighted augmented/virtual reality, automation and machine learning as early possibilities, and pointed out that companies such as General Electric (GE) and Siemens are already investing in predictive analytics and sensor technology, while Apple, Alphabet and others are aggressively pursuing machine learning.

“These applications are beginning to emerge, but they need a lot of investment to happen,” he said. “If we don’t have a million companies investing in 5G, it’s not going to happen … Ultimately, expanding the ecosystem is good for everyone.”

Gude pointed to the FCC’s Citizens Broadband Radio Service (CBRS) as a scheme that could be extrapolated across the industry to more efficiently distribute spectrum. The CBRS framework is a tiered system that expands the use of wireless broadband in the 3.5 GHz band by removing carriers’ right to exclude others from using the spectrum.

“This battle in 3.5 GHz and at 6 GHz between terrestrial wireless opportunities and satellite is an unnecessary one,” Gude said. “Using dynamic sharing techniques to open up spectrum to new entrants without disturbing the uses and growth cases of incumbents I think is a model that can drive U.S. leadership.”