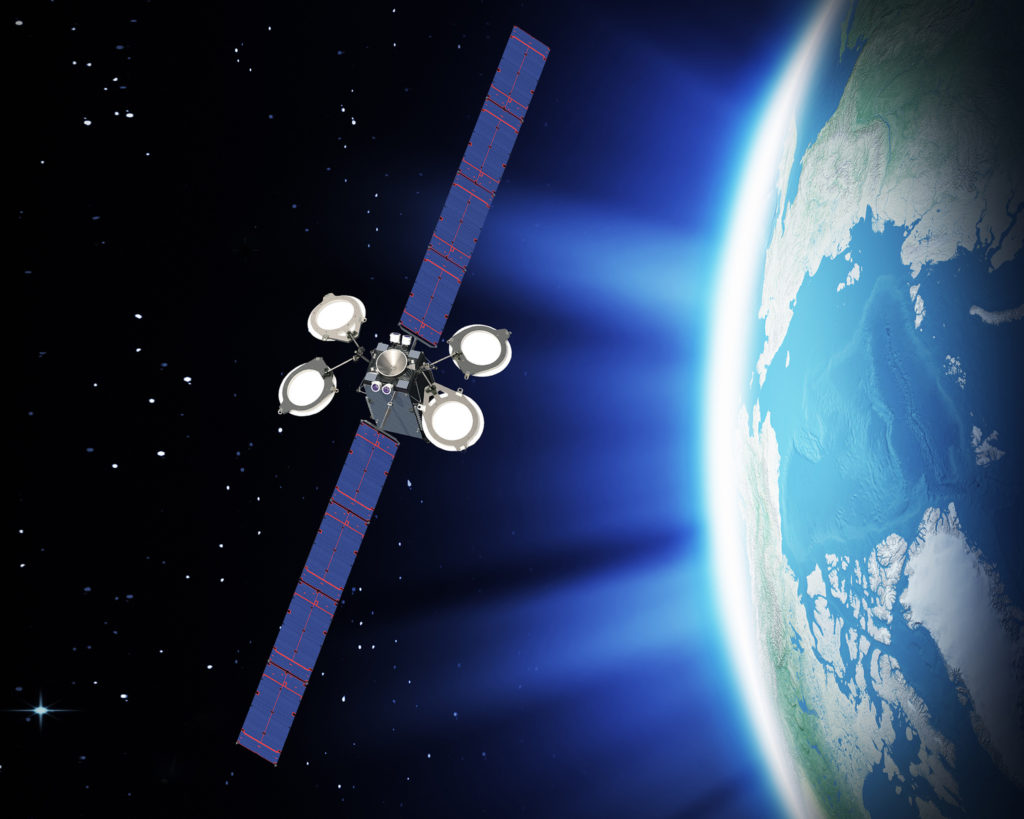 To provide Panasonic Avionics with added capacity to address growing customer demand for its In-Flight Connectivity (IFC) service, Hunter Communications and Eutelsat Americas announced the expansion of their multi-transponder contract on the Eutelsat 115 West B satellite.

Since the all-electric satellite entered into service in October 2015, Panasonic Avionics has been using its North American beam through its arrangement with Hunter to provide its customers with connectivity for domestic flights inside Canada, from Newfoundland to the Yukon. The additional capacity helps Panasonic address the growing demand from its customers on these routes.

Key to Panasonic’s selection of Eutelsat 115 West B was the satellite’s higher power levels compared to alternatives, and its 4-degree spacing for most of Canada. According to Eutelsat, this extra spacing allows for additional speed and cost performance, rivaling High Throughput Satellite (HTS) spotbeams.

Panasonic Avionics will also leverage Ku-band capacity on the Eutelsat 172B satellite, set to enter operation in the fourth quarter of this year, to provide IFC services in Asia-Pacific.