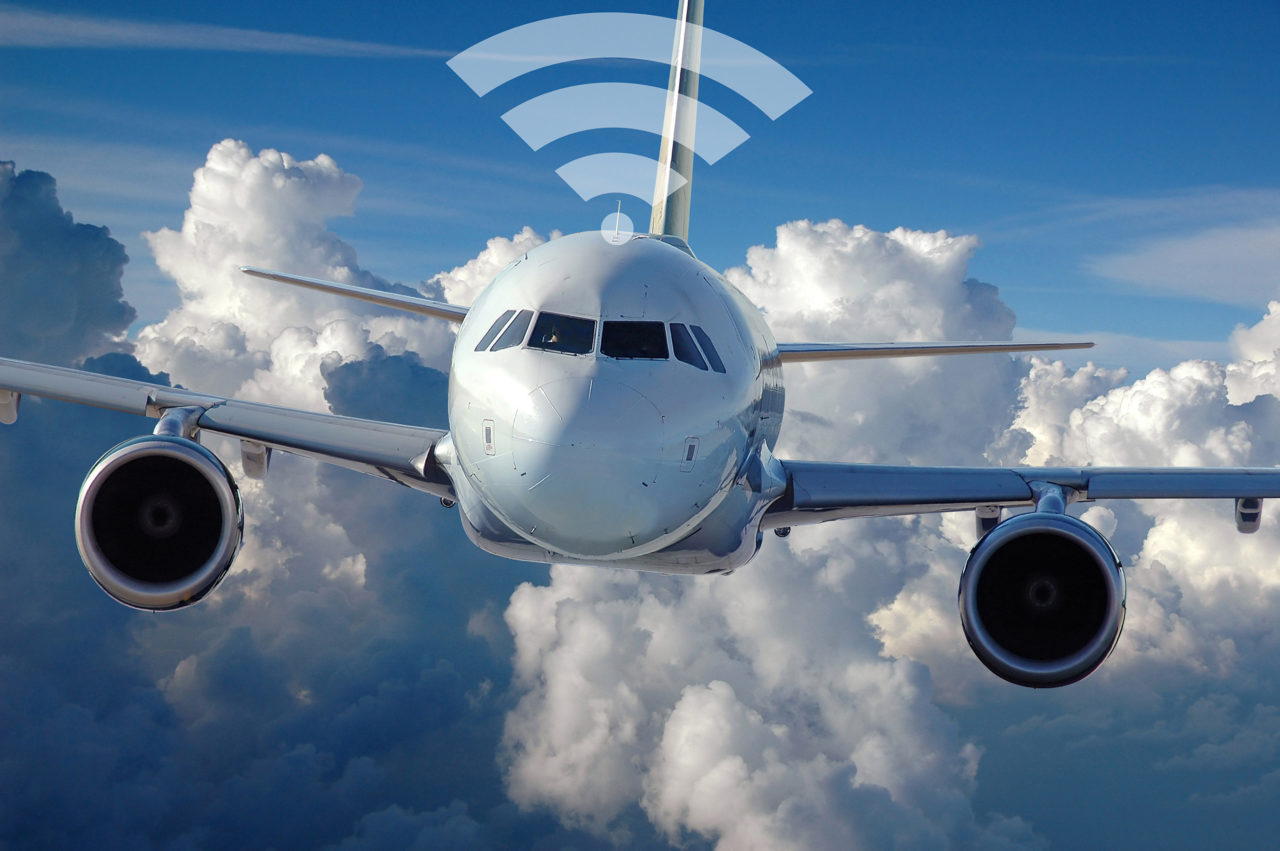 Emerging global connectivity capabilities will be one of the biggest drivers for new in-flight applications — especially on the operations side — according to speakers at a Washington Space Business Roundtable (WSBR) panel on May 25.

“What has delayed real-time operational applications is broadband has not been ubiquitous,” said Richard VanderMeulen, vice president of space and satellite broadband at ViaSat. “For operations to work well you need broadband on a global basis.”

Bruce Holmes, vice president of digital aviation at SmartSky Networks, put forth a vision of a future in which trajectories for all aircraft could be precomputed before flight — what he described as the “holy grail” of airspace management. The only way such a vision could become reality, he said, is with the increased awareness afforded by global connectivity. “You have to know everything: atmospherics, traffic, performance… Can it be done? Yes,” he said.

“You can’t begin to imagine the kinds of innovations that are going to be unleashed when we have this broader connectivity in aviation,” Holmes added.

One step toward achieving that goal, according to Bill Milroy, Thinkom Solutions’ chairman and CTO, is integrating solutions that leverage both traditional Geosynchronous Orbit (GEO) satellites and new constellations deploying to Low and Medium Earth Orbit (LEO/MEO). “Hybrid approaches from a business standpoint make a lot of sense,” he said, highlighting the Intelsat/OneWeb project as one example.

However, Holmes noted that Air-to-Ground (ATG) networks will also continue to play an important role alongside satcom in the coming years. “We don’t think of ‘or,’ we think of ‘and,’” he said. “We think there is a viable business use case for our customers to have both, for the simple reason that when you have access to the ATG system it’s lower cost.”

Overall, the panelists agreed that airlines will have to adapt to new forms of connectivity to “honor the dimension of value of customer satisfaction,” as VanderMeulen put it. That includes accommodating new LEO and MEO constellations but also wider channel bandwidths and additional frequencies. “I wouldn’t be shocked [if] in five years from now there might be constellations that may want to use a Q-band or V-band system,” Milroy said. In order to meet increasing customer demands, VanderMeulen said airlines must learn how to retrofit to these new technologies and equipment in a more cost efficient way.

To make the evolutionary process as smooth as possible, Holmes said SmartSky Networks is deploying software-defined radios and antennas, and is also focusing largely on the business aviation vertical with an eye toward commercial customers in the future. “The relatively higher value of time of the cabin passengers in business aircraft drives their decision-making [to acquire] our system,” Holmes said. “In many respects, business aviation represents a lower barrier entry to market. There are fewer layers to work through in a corporate structure to get to a decision, but also the regulatory environment in business aviation… makes it relatively less cumbersome to implement the kinds of systems that we’re deploying.”

Specifically, Holmes said, business airlines are looking to establish higher value flight paths, as they have more flexibility than in commercial aviation to adjust their routes.

Pursuing such advances in operational safety and efficiency will also unlock new possibilities for cabin connectivity as well, the panelists said. “The savings are quite simply enormous,” Holmes said. “There’s anywhere between 10 and 15 percent loss through unnecessary path fuel, path time and path costs because of the way we’ve architected our airspace management systems today. What if we could have all that back?” Holmes suggested that airlines could use those funds to supply connectivity to cabin passengers at little or no cost.

In fact, VanderMeulen said JetBlue has already seen a substantial return on investment by integrating this strategy into its business model. “[JetBlue’s] free internet has changed their load factor in a positive way. They’ve actually talked about in their earnings release how investing a little bit of money for this free Wi-Fi has created more revenue for them from ticket sales,” he said. “If you can do it for free, the data shows that usage goes way up. So then the question is, what are the values in that?”

One way to determine that value is to observe passenger data usage trends to see what customers want most out of their connectivity. VanderMeulen said that ViaSat, while respecting privacy concerns, has been collecting relevant data to pass along to its airline customers. “When you can show them that Spotify was the most important app on this flight, that’s important for them,” he said. “To serve your customers well with your broadband you have to know what they want.”

Ultimately, the panelists said, airlines will have to strike a balance between streamlining operational efficiencies and matching expanding customer expectations. Progress on both fronts will only accelerate as new technology and constellations unlock additional capabilities on a global scale.